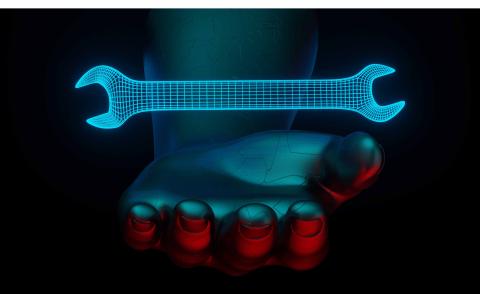 Futurecasting: Hardware in the future may very well include augmented reality, among other advances.

The future arrives every moment.

We’re always moving into it, even if we don’t know it yet. In films and books, we see how people tried to predict the future.

Can we do better?

HBSDealer asked a few industry leaders to share their opinions about the future of hardware.

William E. Aubuchon IV, president and CEO of the Aubuchon Company talked about what the hardware business might look like in the year 2030.

“There will be a lot of similarities between hardware retailing in 2030 and now. My great-grandfather started our company in 1908, and I’m always amazed at all the familiar things I see in our historical photos,” he said.

“When it comes to the look of hardware retailing, not much has changed in the last 100 years, and I predict that trend will continue,” said Aubuchon.

On the other hand, multiple generations with strong population growth, particularly baby boomers and millennials, have provided great tailwinds to the overall economy, said the CEO.

There has never been a larger generation than the millennial generation in modern American history, which is a reason to be bullish about hardware retailing in 2030 as millennials enter their prime earning and home ownership years.

“Looking out further, assuming immigration remains constant, the reality is that declining birth rates and rising aging will result in declining population growth which will eventually create a structural headwind,” said Aubuchon. 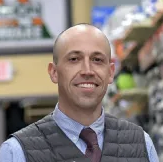 The result of this headwind on the local hardware store, he said, will be less customer count, and the need for ever greater average tickets in the form of new products, services, and more B2B and commercial sales.

Allison Flatjord, director of e-commerce at Do it Best, thinks changes are coming too. According to her, hardware will look quite different in the year 2030.

“The industry has lagged in technology overall,” she said, “but it’s now at a stage where consumers are expecting – and demanding – adoption of conveniences and services they’re getting elsewhere, such as same day in-store pickup and remote location delivery.”

The ability to fully shop and explore the store before ever going in, is the key, said the e-commerce director.

One of those changes will be in what she called, “personalization of experience, tailored to what you like; for example, what you’ve purchased before, but with a much deeper knowledge of the customer.”

Another, said Flatjord, comes in, “delivering a true omni-channel environment where there is still a need for in-person interaction.” 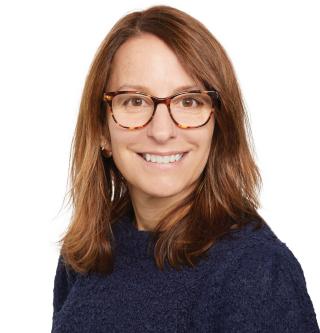 “It will be different – yet familiar,” he said.

“We’ll still be offering helpful and personalized service, but the product offerings will change dependent on consumer tastes and general societal trends,” said the Westlake president.

Look for an increase in the depth and breadth of products for electric vehicles, cutting-edge solar and battery-powered home generators, and new battery-powered hand tools and outdoor power equipment, he said.

“As more homes will have solar-powered roofing, look for hardware stores to carry the componentry and supplies homeowners will need to maintain those systems. We’ll likely see continued growth in the solar-powered outdoor lighting segment as well,” said Jeffries.

In the lawn and garden segment, he said, “we can expect more and more consumers will continue grow their own food. They will need the products and advice to do that.”

Jeffries also anticipates that increased awareness about pesticide usage will have an impact on the types of products they carry. 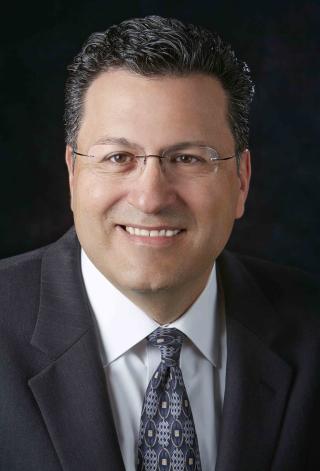 Let’s dial back across the years and decades for a moment and hear about changes in the hardware business that ushered in “the new,” along with individual takes on memorable moments.

Will Aubuchon said the most surprising changes from the last couple of decades have been the digital transformation of retail and the rise of mobile smartphones.

Mobile technology will continue to power this growth, said Aubuchon, “as the consumer continues to turn to his or her smart screen for entertainment, news, research, and decision-making. The decline of print, like newspapers and the Yellow Pages, has been staggering.”

He related that far and away the most humorous and memorable story about technology at the Aubuchon Company was their founder’s decision to eliminate phones from their stores in 1934.

The decision was rooted in the belief that phones worked more against you than for you because calls distracted employees from waiting on customers already in the store.

“We stuck to this policy for close to 60 years, only adding phones with listed phone numbers to our stores in 1992,” he said.

“When we did add phones, we were an early adopter of wireless phones, which we called Holster Phones, allowing managers and assistant managers to more easily multi-task between helping customers in the store and those calling in,” said Aubuchon.

At Do it Best, Flatjord noted two changes that stood out.

“The most obvious alteration is the compression that took place due the constraints of the pandemic. It rapidly increased the adoption rate of curbside delivery; same day in-store pickup; along with inventory management and e-commerce effectiveness,” she said. 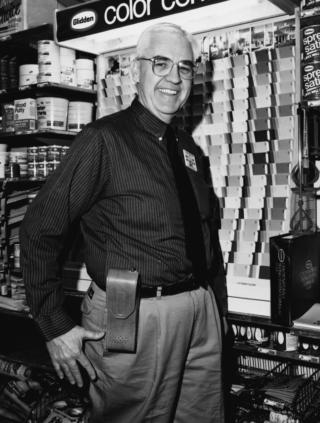 The Aubuchon Holster Phone circa. early 1990s. Nobody saw cell phones coming in the decade prior.

Also, Flatjord said “the emergence and urgency of the succession challenge and the quick transition to an acquisition-focused industry.”

Changes through the years brought on memories too, as she explained.

A few decades ago, “the emergence of coffee shops spurred us to see a potential win with coffee carts in hardware stores as a way to sell a premium product people were buying but also build a connection with customers,” she said.

“Turned out the equipment was expensive to maintain. We were early adopters, and then Starbucks and McDonald’s dominated the marketplace,” she said, adding: “We thought we were being edgy in 1999 when we launched doitbest.com with the tagline, ‘Shop for hardware in your underwear.’”

CEO Jeffries at Westlake Ace Hardware felt that the rise of big box stores and online shopping forced them to focus on their core proficiencies and expand their offerings. “But it also made us more competitive and will continue to help neighborhood hardware stores,” he said.

And what else did he think about other past changes to affect the hardware field?

“The automation of replenishment worksheets and the advent of UPC codes have been game-changers,” he said.

Prior to automated replenishment of product orders, associates would have to walk the aisle and order from worksheets that included sales trend data, on-order status, and weeks of supply information, said Jeffries. “We then had to notate the quantity of product we wanted to order with a pencil.”

Those sheets were turned into a coordinator who hand-keyed the orders to hundreds of vendors weekly. It took a lot of time. “UPC became a great advancement because it eliminated the need to price tag every item we were selling,” he said.

Will Aubuchon said wage growth will continue to outpace sales growth. To solve this challenge, hardware stores need to embrace productivity improvements like never before. On a relative basis, he said, the goal must be, “fewer people paid more in stores that are easier to run.”

He sees productivity initiatives playing a role, such as, “eliminating every possible second required to ring up an average POS transaction.”

Aubuchon also sees connecting frontline employees to each other and the company via hardware and technology. This includes apps on handheld devices, Theatro voice-enabled systems, and eventually augmented reality (AR) glasses that could quickly identify top stock and backroom stock that should be prioritized by simply walking through an aisle or back room.

“AR could also be helpful with more quickly building effective displays like endcaps and other merchandising tasks like visually identifying fast-moving items that should be double-faced,” he said.

He also pointed to a mobile POS solution that would streamline the friction of “outside transactions” like propane, live goods, rental and U-Haul; along with merchandising aids like Flexroller to help reduce flushing time.

There will be self-checkout options to maintain or increase throughput with fewer cashiers, he said, along with “either roaming robots or fixed cameras with computer vision to eliminate the need for manually identifying ‘outs’ and robots for routine floor care maintenance.” 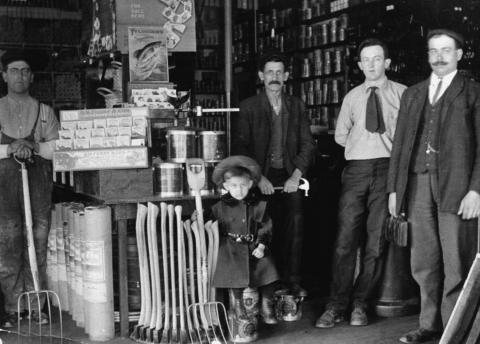 This group at a hardware store seems to stare out at the future – only to wonder what it may hold. Historical photo provided by Aubuchon Company.

Other initiatives to improve productivity he pointed to include systems and technology for assisting with sorting and putting away freight; and increasing time to effectiveness for new employees with better and more immersive training like Virtual Reality.

The Aubuchon Company CEO predicts some trends will accelerate.

“Customers will expect more digital shopping options, such as self-pickup with no employee assistance; 24/7 self-pickup via lockers; as well as delivery by store employees and by third parties like Uber, Door Dash and others,” he said.

He also thinks that in 2030, customers will desire to use more payment options in-store and online, including digital wallets like Apple Pay, Google Pay, PayPal, Venmo, and eventually even crypto.

In the year 2030, Aubuchon feels equipment will become even greener and more sustainable.

Allison Flatjord at Do it Best has some futurecasting ideas as well.

She thinks there will be all self-checkout in retail. And a drive-thru omni-shopping location for all services is “coming but likely not by 2030.”

Joe Jeffries at Westlake Ace Hardware runs with that idea: “The Hardware store of 2030 will be a hub for all services a customer may need for their home or business.”

He feels that because businesses like his are so focused on being helpful and building personal relationships with their customers, he doesn’t see a day when that will be replaced by robots.

“Customers come into our stores in need of advice, a friendly face, and guiding hand. You simply can’t replace that type of connection with technology,” he said. 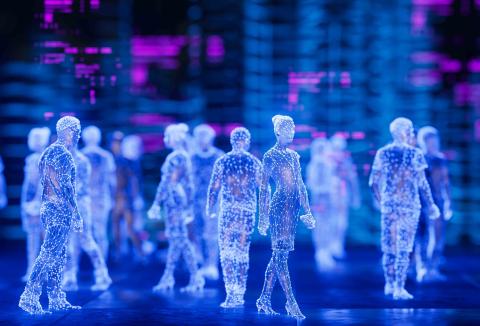 Artificial intelligence may help the retail customer, and the hardware owner, but it will always be a business where people help people.

We can’t quite jump back from the year 2030 just yet ­– not without a glimpse of the dreams and goals for the future.

Aubuchon forecasts a strategic long-term data strategy where the goal is to “leverage data at scale with artificial intelligence and machine learning.”

He also hopes one day to centralize all communications so their team can provide an even better experience, including 24/7 video support to better assist with customer questions at home.

He can see a day where, “selling digital and in-store ‘retail media’ to vendors could become a meaningful revenue source above and beyond co-op dollars.”

She envisions a store app that, “allows you to take a photo of something in your house that needs to be repaired and then an entire repair order with all the products you need is generated and delivered, with instructions on making the repair.”

She also said there could be, “3D printing of repair parts, such as hinges, keys and fasteners.”

Jeffries said, “we are going to see profound growth in the battery-powered and solar-powered product segments.”

Likewise, he added, “as more and more consumers turn to solar to power their homes and charge their EV cars – we will offer the products and advice needed to support them.”

And since we’re talking about the hardware business, people will always be part that future.

Aubuchon said they will continue investing in family-sustaining wages and career opportunities while also adding new benefits like scholarships for employees and family members of employees.

He said, “we also plan to continue becoming more diverse at every level of the organization and will become more purposeful in reducing our carbon footprint.”

Flatjord said there will always be a need for “in-person interaction, problem solving and product discovery.”

Jeffries summed up 2030: “Technological developments will make us more efficient and, ultimately, help us better serve our customers.”