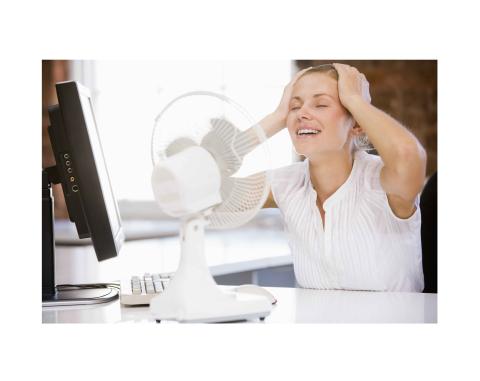 <Check out this “cool” Westlake Ace thank you video HERE.>

“At Westlake, we pride ourselves on being actively involved in the communities where we do business. We are so proud to continue The Salvation Army Fan Drive into the next decade, knowing that we are doing our part to provide life-saving heat reliefduring dangerous summer temperatures,” said Andy Schmitt, vice president and COO of Westlake Ace Hardware.

During the first three weeks of June, Westlake Ace said its customers were asked to donate to the Fan Drive by rounding up their purchase at the register. The donations were then tallied, and fans provided at cost by Westlake Ace.

“As we continue to see record high temperatures in much of the country, the heat relief provided to vulnerable families and individuals through this partnership is reassuring,” said Kenneth G. Hodder, commissioner and national commander of The Salvation Army. 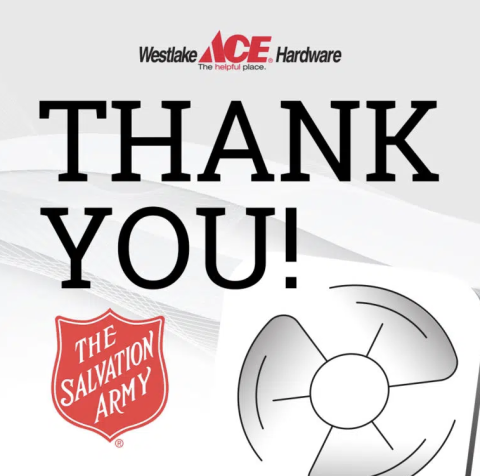 “We know that many are still in need due to the impact of the pandemic, and the significance of Westlake Ace Hardware’s continued generosity cannot be overstated. On behalf of the thousands receiving fans, The Salvation Army is deeply grateful,” said Hodder.

The hardware retailer donated an additional 750 fans to the charity resulting in nearly 6,300 fans given this summer to Salvation Army locations across the nation.

This year marks the 10th anniversary of the charitable campaign. Since 2012, $750,000 has been raised to provide box fans to those in need, said the company.

Westlake has been part of the Ace Hardware Cooperative since 1959, a wholly owned Ace subsidiary since 2012, and currently owns and operates 152 stores in 12 states. 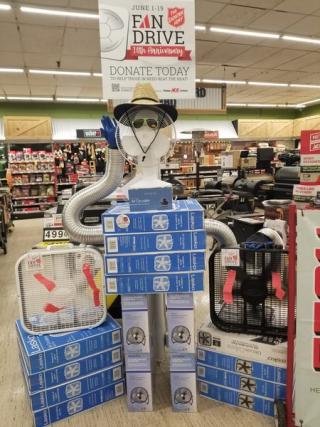 So cool: Westlake store in Sedalia, Missouri with their “most creative” display of fans.
Advertisement