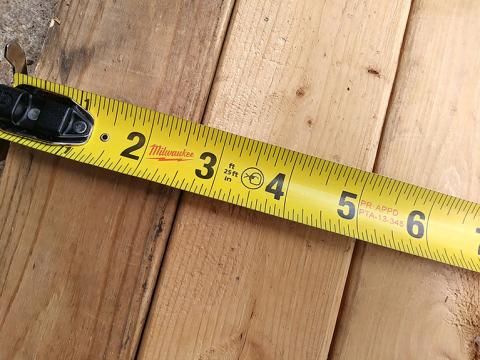 Back in September of 2014, a story about Lowe’s, lawyers and 2x4s whacked an industry nerve. That’s when a Marin County California judge ordered Mooresville, North Carolina-based Lowe’s to pay a $1.6 million settlement over a lawsuit alleging the inaccurate description of structural dimensional building products.

While industry standards effectively mandate that 2x4s measure slightly less, along with 2x8s and 2x6s and others, the suit was based on legal reasoning along the lines of: “Gotcha! – you said it was 2x4, and we measured it.”

The story was the most clicked of the year at HBSDealer.com. And the industry railed at the craziness of the lawsuit and settlement based on the idea of a 2x4 that doesn’t measure 2x4.

“This decision should be used as a "poster child" for the argument for tort reform,” wrote user-name mflaherty, at the time.

“Any man who hires a builder or architect who is so stupid as to not know the size of a 2x4 deserves to have his roof fall on head,” wrote VikingWolf.

A class action complaint, Mikhail Abramov vs. The Home Depot, is working its way through the U.S. District Court of Northern District of Illinois, Eastern Division. The suit alleges that when Abramov brought home a 6-foot long 4x4, he was surprised to realize it measured a mere 3.5 x 3.5 by 6. The lawsuit calculates that this shortage represents 23% less mass than he thought he was buying.

In June, the Home Depot said the case should be tossed out of court.

Home Depot is arguing, quite reasonably, that boards measuring a full 2x4 would be ineffective as a building product, given industry accepted standards.

“Retailers such as Home Depot did not create these lumber sizing standards or naming conventions and should not be subject to suit simply for following them,” Home Depot wrote in court papers seeking dismissal. “Plaintiff’s attempt to turn this accepted lumber naming convention into a class action lawsuit should be rejected. To do otherwise would ignore nearly a century of standardization and disturb an entire industry’s reliance on these lumber names.”

A similar Illinois suit, brought by the same law firm representing Abramov, is targeting Menards. The suits were described this way in an Above the Law web site column: ‘Home Depot and Menard’s face the dumbest class action claim ever.”