Is now a good time for an independent retailer to be in the hardware industry?

“I’m more convinced now than ever that this is the best time," said Dan Starr, CEO of Do it Best Corp. and keynote presenter during the opening day of the National Hardware Show. "Is that wildly optimistic? Maybe, but I don’t think so."

And that’s how the keynote address to the 2020 National Hardware Show kicked off, with the CEO of the Fort Wayne, Ind.-based distributor listing the reasons for optimism. Star's keynote presentation was actually a "keynote conversation" with Dan Tratensek of the recently renamed North American Hardware and Paint Association.

Starr covered a wide range of topics, including disruption in general, and the pandemic in particular. Some of his thoughts are collected here:

The keynote conversation was filmed in Fort Wayne.

"You and I might've sat here about a year ago and said, 'We're awfully concerned about consumers, especially the younger consumer. Where are all the DIYers?' Turns out all we needed was a global pandemic to reveal how many there are. And it's a great time for them. With YouTube videos, vendor videos, there's access to information to help them along in any kind of DIY project. Pinterest or anything else. So there's greater strength in DIY than we would have said even a year ago. The numbers are good."

On the impact of the pandemic on the retailer.

"One impact is exhaustion. I would just point to our members and their teams. They've been living under the yoke of increased demand now for over six months, and there just hasn't been much of a break. So the cumulative effect of that is getting very tough, and so it's going to linger, they need a break, because our sales aren't letting up. I still look at that and I say 'Regardless of where it's coming from, the hard-line side, lumber, building material, we're still seeing sales increases year over year, that range from 25 to 35%.'"

"It's going to be with us for a while. I could across the entirety, the breadth of home improvement. You've got manufacturers whose safety stocks are depleted, who've run through so much product, and it's not just that they went through a spike in demand, it's a sustained spike in demand. So even though some may be caught up to pre-pandemic manufacture ... they're still digging out of a bit of a hole. Whether you're talking about things that go into manufacturing or raw materials, there are shortages that are affecting supply and you'll have that lingering for awhile."

On the strength of the independent

"That ownership mentality means an awful lot. And so when your bottom line, when your rear end even, is connected to the quality of the business itself, they take home that sense of ownership and responsibility. They go to sleep with it. That pressure is not always a positive thing, but that pressure creates, I think, more of an urgency around innovation and an urgency around, 'How can I better serve my customers?' They're just more responsive."

The National Hardware Show runs through Oct. 15, with exhibitor showrooms, virtual product showcases and educational seminars among the highlights.

On Tuesday's dance card, the NAHPA's annual "Top Guns" presentation will recognize the contributions of leading retailers: Will Aubuchon of Aubuchon Hardware; Patrick Goebel of Star Lumber, Kevin Hancock of Hancock Lumber and Kirby Scales of Russell Do it Center. 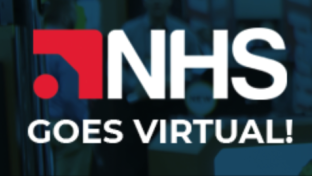 The Oct. 12-15 National Hardware Show has gone virtual, in a big way. 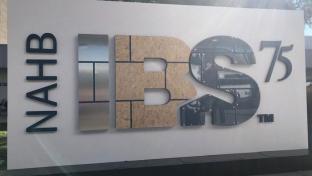 Design & Kitchen Construction Week, featuring IBS and the Kitchen & Bath Industry Show, will be a virtual event in February 2021.