Kodiak Building Partners has announced the creation of a new leadership position within its organizational structure.

The new position of President Kodiak Building Partners Pacific Northwest will be filled by Kelly  Fox.

Fox joined Frontier Building Supply in June 2019 and has served as its president. While overseeing Frontier, he consistently improved results and promoted its culture as a great place to work, Kodiak said. Prior to joining Frontier, Fox was the CEO/Trustee of Lumber Traders, Inc.

Kodiak said that its plans to expand on success in the Pacific Northwest will be bolstered by having more oversight. Fox will have overall responsibility for the management staff at Frontier and work closely with Wade Gardner and his team at Builders Alliance.

According to Kodiak, Fox plans to honor the local leadership at the companies and continue operating as close to the customer as possible, while creating paths that utilize best practices from the operations. Fox said that he is looking forward to his new role.,

“It will be a privilege to serve and support over a hundred employees by being a part of their personal and professional growth by working to create a new opportunity for all of us,” Fox said.

Executive VP of Operations for Kodiak, Pat Flood, said, “Kelly has demonstrated  outstanding leadership at Frontier, and I am very excited to have him lead and grow our family of  Kodiak companies in the Pacific Northwest.”

Kodiak is based in Highlands Ranch, Colo. 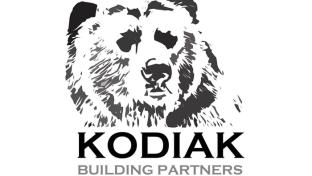