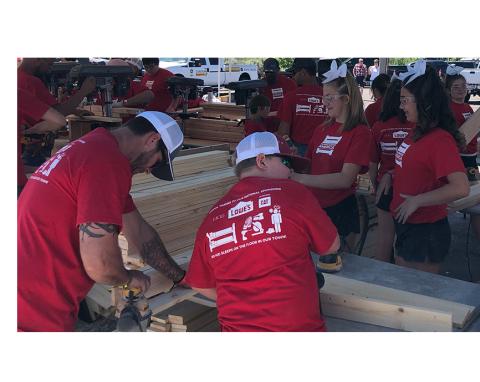 “Childhood bedlessness isn’t a real word – but it is a real problem,” said Luke Mickelson, founder and executive director of Sleep in Heavenly Peace.

“And with the continued support from our partner and national sponsor, Lowe’s, Sleep in Heavenly Peace (SHP) has set a goal of providing one million American kids a bed of their very own over the next decade,” said Mickelson.

This Saturday, September 10, Lowe’s is joining SHP and thousands of volunteers for the fourth annual Bunks Across America event to build and deliver quality bunk beds to children and families in need.

“We are committed to making homes better for all, and we’re proud of how our associate volunteers help organizations strengthen our communities,” said Marvin Ellison, chairman and CEO of Lowe’s. 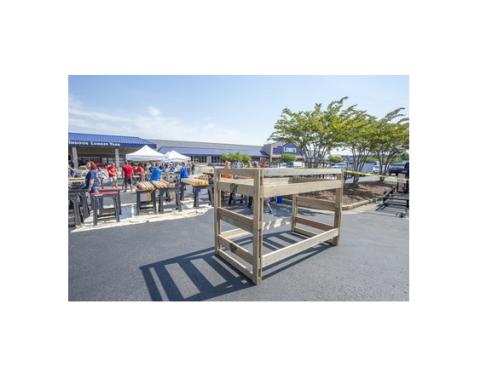 More than 175 local Sleep in Heavenly Peace chapters and national partners will unite with a goal of building over 7,500 beds in a single day.

Lowe’s said its associates from more than 30 stores will participate in bunk bed builds, with more than two-dozen of those stores hosting parking lot builds. The company is also contributing more than $350,000 of product to support the builds.

“Together with Sleep in Heavenly Peace and volunteers across America, we can help address the gap in beds needed for children and make a difference to improve access to safe and affordable housing in our communities,” said Ellison.

As a founding partner, Lowe’s supported Sleep in Heavenly Peace’s initial build event in Twin Falls, Idaho. Since those first 22 beds in 2012, Lowe’s has helped SHP build more than 123,000 beds.

“We aim to accomplish such an incredible and ambitious milestone by continuing our work with Lowe’s throughout the country,” said Mickelson.