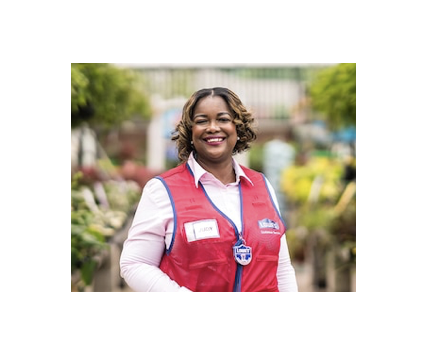 When Judy Lamitie joined Lowe’s as head cashier in 2005, she thought it would be a two-or three-year stint and then she’d get on with her nursing career, said the retailer. But the then-nursing student discovered healthcare wasn’t for her.

She did, however, like all the opportunities Lowe’s offered her. Just three months after being hired at a Princeton, New Jersey, Lowe’s, she was promoted to team leader of customer service.

In the ensuing years, Lamitie earned one promotion after another. Her most recent came in June 2022 when she was named store manager of the Lowe’s in Woodbridge, New Jersey, said the company.

She’s saved all her name badges with her various titles over the years.

When she took on her latest role as store manager, she posted a photo of all seven name badges on LinkedIn. 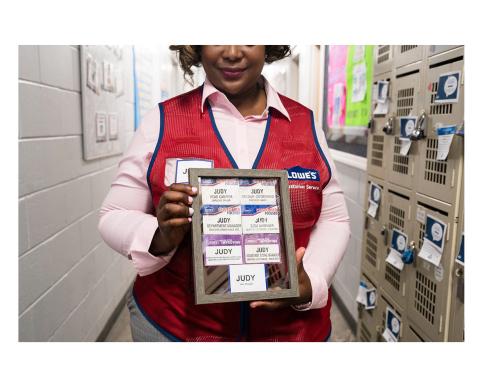 The manager shows all seven of her name badges from previous titles.

Along with the photo, she wrote: “I started in Lowe’s as a head cashier. I worked my way up through each role and brought the knowledge and lessons that I’ve learned from my previous roles into my next.”

Lamitie wrote, “I am beyond grateful to my peers, coworkers and mentors who have guided and supported me throughout the years,” she continued in her post. “I am excited for the new adventure to come and for the growth that will come along with it.”

Everybody was so welcoming, she said of the staff at the Woodbridge store she now manages. “I think the staff was excited to see how long I’d been at Lowe’s. They know I’ve had every position. I’m not asking anyone to do anything I haven’t done before.”

Lamitie later returned to school and earned her bachelor’s degree in business management and accounting and a certificate in human resources from Wilmington University in Delaware.

Even though she’s managing her own store now, she isn’t through growing her career at Lowe’s. Her goal? To continue to move up within the company. She’d like to be a district manager next and, ultimately, a regional VP, said the retailer.