According to SRS, each location carries a full line of residential and commercial roofing products, with a focus on servicing professional roofing contractors, remodelers, and local home builders.

The opening of six new locations in five states is further indication of SRS Distribution’s focus on expanding its footprint across the country. SRS said that this new collection of openings will enhance service to existing customers while providing access to new markets in Grand Junction, Shreveport, and El Paso.

“Greenfields, in addition to strategic acquisitions, will continue to play an integral role in SRS’ path to building the strongest national network of independent distributors in the industry,” the company said.

Commenting on the latest expansion, SRS President and CEO Dan Tinker said, “Thanks to the relentless effort of our branch expansion and operations teams, our commitment to expand in growing markets has never been greater.”

“Despite these uncertain times, the SRS family will continue to provide unparalleled service to our loyal customer base while supporting the hardworking people that make it all possible,” Tinker said.  “We look forward to sustained momentum in the second half of the year that will be punctuated with additional greenfield openings throughout the country.”

SRS operates more than 350 locations in 44 states with each site retaining its local brand name. The distributor is a portfolio company of Leonard Green & Partners, L.P. and Berkshire Partners LLC. 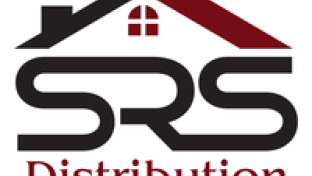 News
SRS goes ‘All In’ for roofing distributor