Massive infrastructure funding, including bridges, is included in the Moving Forward Act.

The National Lumber and Building Material Dealers Association (NLBMDA) said it is pleased with the House of Representatives vote to approve H.R.2, the Moving Forward Act.

The NLBMDA issued the following statement regarding the House’s approval of the bill.

“NLBMDA is pleased that the House passed legislation tonight to expand the Low-Income Housing Tax Credit (LIHTC) and boost investments in our nation’s infrastructure, both long-standing priorities of the lumber and building material dealer industry,” said Jonathan Paine, NLBMDA president and CEO. “While the Senate is not expected to pass this bill as currently written, NLBMDA remains committed to working with its coalition partners to forge consensus between the House and Senate on provisions in this bill which have strong bipartisan support and would stimulate the economy, such as the LIHTC and increased funding for infrastructure.”

The Moving Forward Act includes an expansion of the Low-Income Housing Tax Credit (LIHTC), a long-standing legislative priority of NLBMDA. Specifically, the legislation incorporates provisions from the Affordable Housing Credit Improvement Act including: 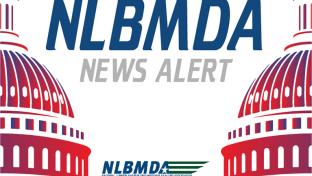