Perry Hahn, owner of Hahn True Value in Hartford, Wis., remembers the days when True Value members had to put together their own assortments. He’d pick and choose among the many products available and hope that he wouldn’t be left with too many “dogs” at the end of the day.

Things are different today. Much of the change is by design of Steve Mahurin, the former Home Depot exec who took over as True Value’s senior vp and chief merchandising officer in March 2004. He set on a course to review and revise the entire merchandise mix, starting with line reviews of each category and getting rid of under performing products to the tune of about $34 million in the first 18 months. Mahurin also shored up the global sourcing department, patching in private labels where necessary and coming up with hundreds of what became known as Certified True Blue (CTB) assortments.

Now, all but a handful of Hahn’s assortments are CTBs, which he said save him a lot of time and headaches. “They allow you to freshen up a category without doing the homework yourself,” he said. “It comes into the store in planogram form, and I can give it to a department manager to set up accordingly. Then you’re set for the 24 or 36 months the assortment is good for.”

Mark Ritter, plumbing and electrical manager at K & K Hardware in Bettendorf, Iowa, is also happy to have True Value’s merchandising team put his assortments together. He has purchased about 125 CTBs for his departments over the last three years.

“They’re clean, organized displays with the necessary core items but no filler stuff to go with it,” he said. “I would say they’ve improved sales. They offer new products, colors and variety, which people like.”

CTBs—meant to make the stores more modern, female-friendly and competitive in their marketplaces—are generally reviewed every two to three years, although Mahurin had to speed up the process on some to get ready for the Destination True Value launch late in 2007. There are more than 700 planograms that are part of the DTV program, including different configurations for members catering to professionals and members with DIY-focused stores.

In creating the CTBs, Mahurin’s strategy has remained consistent. Each category is driven by national brands and augmented with private labels where there is no national brand, or where a step is needed between national brands. As CEO Lyle Heidemann explained in an interview with HCN, private labels can help True Value stand out from the com petition and provide members with a product of equal quality at a 10 percent to 15 percent lower cost.

It’s a good, better, best strategy, with the proprietary brands often filling in at the good and better levels. True Value brands include Master Electrician, Master Plumber, Master Mechanic, E-Z Care and Weather all (paint) and Green Thumb. Hahn, for one, wishes the co-op offered even more proprietary brands, which he said give his store a much-needed point of differentiation in the marketplace.

“In the hardware business, people can buy a national brand anywhere, but if they pull out a cleaning product that they know they can only get at True Value, they’ll come back,” he said. “As long as they’re putting that name on a quality product, I would say it’s a benefit.”

True Value’s merchandising mission is also about expanding assortment to include new products and even some new categories. Mahurin’s team has taken advantage of some recent market trends to shore up categories like outdoor living and electronics, which experienced double- and triple-digit growth, respectively, over the last year.

The outdoor living mix has been upgraded to include more “Frontgate” catalog type items as well as a larger selection of grills, grill accessories, candles and other tabletop complements. Electronics has also been coming on strong in many stores, with the increased demand for audio visual products, surge protectors, printer cables and iPod accessories.

“There’s a whole electronics boom going on, and we’re getting a good share of it,” Mahurin said. “You wouldn’t think a hardware store would be top of mind for these products, but we’re taking advantage of an opportunity.”

Many of the products in these categories are globally sourced, which allows True Value to sell them for less, Mahurin said. Global sourcing has grown at a torrid pace since he joined the company four years ago—increasing from $25 million to $30 million worth of products to more than $200 million this year. The co-op has a global sourcing team that attends hardware shows in China, Germany and other markets, trying to discover the best and most unique product lines.

“Most people think that when we go overseas, we’re downgrading product,” he said. “Most times, we’re just cutting out the middle man.”

In conjunction with Greener Options, True Value has put together a marketing package that includes signage and shelf talkers. “We’re partnering with manufacturers to make sure we’re doing everything we can to help the environment,” Mahurin said. “Members have been asking for these programs for a couple of years.”

At this point, only about 10 percent of the membership participates in Greener Options, but True Value continues to send out kits to members to expose them to green products at the markets. Mahurin says it normally takes 12 to 24 months for the entire membership to see a program, and with almost 5,000 stores, it takes a while to get things launched. At the same time, the program is growing rapidly, with most products showing double- and triple-digit growth.

“Unlike the ’80s and ’90s when it was more of a fad, today people are a lot more environmentally conscious,” he added. “People are finally catching on, and I think it’s here to stay.

Another major effort involves the overhauling of wholesale assortments at True Value’s 12 distribution centers. Although this is an ongoing process at the co-op, it has become a formal initiative for 2008, with each assortment being evaluated and “cleaned up” and the non-productive skus eliminated.

Mahurin said it’s almost like a line review process without the suppliers. His team is taking entire categories out of the DCs and bringing them to the Cary, Ill., facility, and the merchants are going through them with True Value’s finance team to look at what’s selling and what’s not.

“It’s similar to what we’re asking our stores to do: get rid of the items that aren’t selling and get rid of the duplicate inventory you don’t need. You’ll increase your turns and make a lot more money,” he said. “We’re basically taking a second look at everything and making sure that at the end of the day, we’ve got everything we need from a wholesale perspective to take care of the members.” 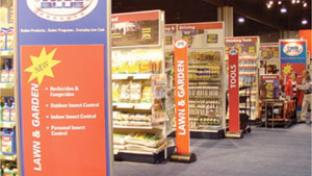 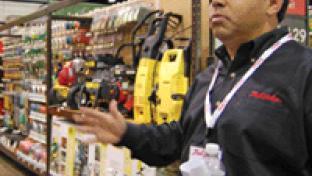