In honor of its 150th anniversary, Gordon Lumber in Fremont, Ohio received a proclamation from Gov. John Kasich.

Representatives of Kasich and Lt. Gov. Mary Taylor visited Gordon Lumber to deliver the proclamation, including Lu Cooke, public liaison for Kasich, and Jim Wasil, business liaison to the office of the lieutenant governor.

“We’re pleased that the highest representatives in our state are recognizing us for our many years in business,” Leonard said. “What started as a small sawmill built 15 decades ago by our founder, Washington Gordon, is now a thriving serving 3,500 customers.”

The State of Ohio proclamation states in part: “Your commitment and dedication to your customers have made your community a better place to live, work and raise a family.”

“We not only have grown Washington Gordon's original vision by opening home centers and a component plant, we're contributing to the different communities where we have operations,” says Leonard. “Our company has been a source of employment and support to the building industry for decades. We’re looking forward to continuing to grow this business and remain a dedicated part of the Ohio business landscape in the future.” 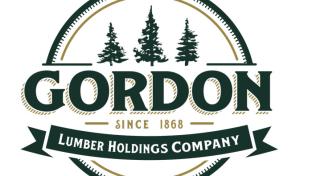