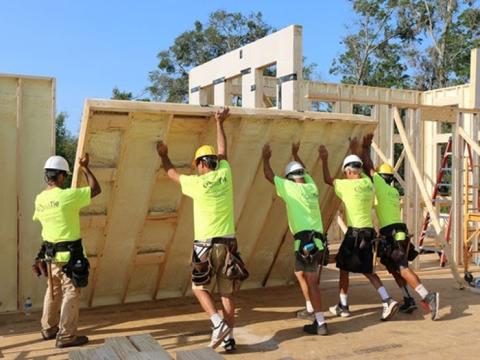 The U.S. economy added 266,000 jobs in November as the unemployment rate fell to 3.5%, according to the latest Employment Situation Summary from the U.S. Bureau of Labor Statistics.

Manufacturing employment rose by 54,000 in November, following a decline of 43,000 in the prior month. Employment in transportation and warehousing continued on an upward trend in November with the addition of 16,000 jobs.

Employment in retail was nearly flat but jobs at general merchandise stores grew by 22,000.

Employment in other major industries, including construction, wholesale trade, information, and government, showed little change over the month.

Over the last 12 months, home builders and remodelers added 47,400 jobs on a net basis, according to the National Association of Home Builders (NAHB). Since the low point following the Great Recession, residential construction has gained 937,300 positions.

Notable job gains occurred in health care and in professional and technical services.