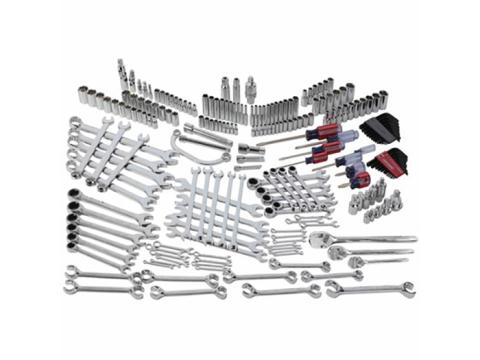 A lawsuit over the use of the Craftsman brand by its former owner Sears has been settled. The suit was brought by Craftsman’s current owner, Stanley Black & Decker, which bought the brand from Sears in early 2017.

In a complaint filed March 6 in the U.S. District Court for the Southern District of New York, Stanley claimed a breach of contract and trademark infringement.

The case of Stanley Black & Decker vs. Transform Holdco was dismissed April 15, with terms undisclosed. Transform Holdco, or “New Sears,”  is the entity that purchased Sears Holdings out of bankruptcy in early 2019.

“The parties reached a mutually acceptable resolution of the disputed issues raised in the litigation,” according to a Transform Co. spokesperson. Stanley Black & Decker told HBSDealer it did not have any additional comments beyond what was published in the complaint.

In the complaint, Stanley said Sears had the “limited right” to continue to make and sell some Craftsman products. But in February, shortly after Sears filed for bankruptcy protection, Sears published a press release touting the “Craftsman Ultimate Collection” professional-grade mechanics tools.

In the press release, Peter Boutros, chief brand officer for Sears and Kmart said: “Sears is the real home of the broadest assortment of Craftsman.”

As of May 15, that particular press release continued to reside on the Sears Holdings media page on its web site.

According to the Stanley complaint, “New Sears falsely implies that only products carried in New Sears’ retail stores and other retail platforms are genuine Craftsman products, or that the sale of Craftsman products elsewhere is somehow illegitimate.”

The Sears advertising caused confusion, and is in breach of the license agreement, Stanley says. It also  tarnished “the value of the famous Craftsman trademarks for which Stanley paid hundreds of millions of dollars to acquire,” the complaint reads.
Advertisement