Changing of the guard at City of Hope

Changing of the guard at City of Hope

City of Hope, the California-based cancer research and treatment center, has named a new director for its Hardware/Homebuilding Industry division.

USG executive Kevin Courtney will replace Al Olsen as senior director, hardware/homebuilding industry for City of Hope. Courtney has spent more than 34 years at USG. Most recently, he was senior VP national accounts.In the past 20 years, he has been involved with the City of Hope organization as a volunteer.

Duarte, California-based City of Hope is focused on finding cures and innovative treatments for cancer, diabetes and other life-threatening diseases.

Olsen worked eight years at City of Hope. Before that, he accumulated more than 35 years in the hardware/homebuilding industry. After his retirement, he plans to stay involved with City of Hope as a volunteer or other role. 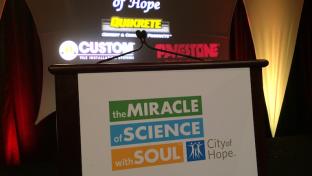