Chicago-based True Value Company has made what it calls a “difficult” business decision: it will defer making principal payments to former members.

The distributor and former co-op said in an April 1 letter that the coronavirus outbreak and the need to focus on its support of current True Value retailers factored into its decision. True Value will pay interest to former members, but not principal payments.

An April 1 letter from the CFO to “Former True Value Retailers” included the following:

“During these unprecedented times, we are 100 percent focused on the health and well-being of our True Value retailers. We continue to manage through the unfolding events of COVID-19 and to position ourselves to best serve our members and customers as they face uncertain times.

“In an environment when companies are having to consider all options, we have made the difficult decision to defer principal payment for our former members and only pay interest currently due at this time.

"Over the past year, we have made substantial investments in our business to ensure the growth and profitability of independent hardware retailers. We are all now operating in unprecedented times and our focus must remain on the continued ability for our customers to serve their communities in a time of need."

It is unclear how many former dealers received the letter. True Value declined to comment further on the matter.

A former member who asked to remain anonymous and who no longer operates a hardware store shared the letter with HBSDealer. Former member Perry Hahn of Hahn Ace, with four locations in Wisconsin, also received the letter. Both said they were owed payments on Dec. 31.

“April 1 is 90 days past due on all of the payments,” Hahn said. “And now they are using the COVID-19 as an excuse for not paying it.”

Hahn also pointed to a Jan. 21 letter from True Value Company informing him that “it is our intention that former True Value co-op members who still have interest or notes due, will receive payment as well as the interest due through the payment date in Spring 2020.”

The next communication, he said, was the April 1 letter, announcing a deferment of principal payments.

The payments in question are related to the former structure of the co-op before it became a private company. With the sale to ACON Investments in 2018, True Value members received 70% of their investment in the co-op in a cash payment. Former members with stock in the co-op were scheduled to receive payments over multiple years.

The issue of delayed payments also arose in a lawsuit brought by Higginbotham Brothers against True Value Company in February. The complaint, filed in U.S. District Court in Fort Worth, Texas, claimed that the 40-store, Texas-based retailer was owed about $1.17 million.

That matter has been settled, as Higginbotham’s filed a notice of voluntary dismissal on March 4. 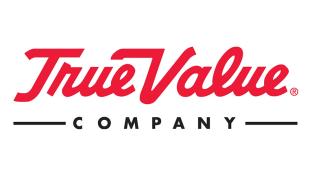