The demand for hardware and building supplies continued into the new year, according to the latest data from the U.S. Census Bureau.

For NAICS 444, the category of building materials and garden supply stores (including home centers and hardware stores), January sales were up 13.7% compared to last January (on an unadjusted basis), and up 4.6% compared to December (on an adjusted basis.)

Among nine categories tracked, hardware and building supply's year-over year gains trailed only those of online and non-store retailers (up 22.1% unadjusted); and sporting goods stores (up 22%)

Sales among the subset of hardware stores (NAICS 44413) are not available for January, but they were updated for the month of December. Hardware stores were up 19.4% compared to last year. Month-over-month, December hardware store sales increased 9.3%, on an unadjusted basis.

NAICS 444 sales were up almost 14% in January, compared to last year.

"January's retail sales numbers reflect a very strong start for consumers and retailers as we look ahead to a critical year," said Matthew Shay, National Retail Federation president and CEO.

Looking at the retail industry's big picture, advance estimates of U.S. retail and food services sales for January 2021, adjusted for seasonal variation and holiday and trading-day differences, but not for price changes, were $568.2 billion, an increase of 5.3% from the previous month, and 7.4% above January 2020.

“We expected retail spending to ramp up in January thanks to the latest round of stimulus checks and better covid trends, and it clearly did,” NRF Chief Economist Jack Kleinhenz said. “There was none of the falloff in spending that we often find post-holiday and the increase was even better than expected." 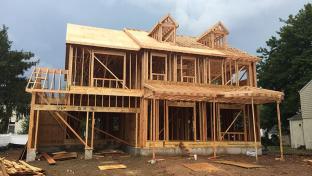 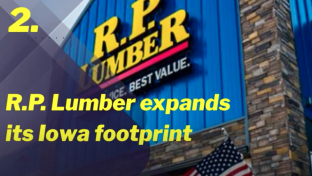 Here are some of the top stories from the digital pages of HBSDealer.com.