The National Association of Home Builders (NAHB) reported that it has engaged in more talks regarding finding a solution to high lumber prices.

The discussion covered mill capacity issues, mill worker shortages, and how soaring lumber prices are exacerbating the housing affordability crisis and putting the American dream of homeownership out of reach of millions of households.

This week, the NAHB reported that the spike in lumber prices is hammering the cost of new single-family homes. According to the NAHB, the current cost of lumber is adding nearly$36,000 to the price a new home compared to a year ago.

NAHB urged the White House to bring together interested stakeholders to hold a summit on lumber and building material supply chain issues and to temporarily remove the 9% tariffs on Canadian lumber to help ease price volatility. The administration was noncommittal on both requests but the door remains open for future talks, the NAHB said.

NAHB grassroots also is actively engaged in this effort. Members of the Home Builders Association of Greater Kansas City have discussed this urgent issue with Sen. Jerry Moran (R-Kan.) and Maine builders have brought this to the attention of Sen. Susan Collins (R-Maine) as well.

During a Senate appropriations hearing on funding for the office of the U.S. trade representative, the two senators aired their concerns about rising lumber prices and tariffs on Canadian lumber.

“Where do the negotiations stand with Canada on softwood lumber?” he asked U.S. Trade Representative Katherine Tai.

“Softwood lumber will always be in my sights in the conversations with Canada,” said Kai, who added that she will seek to “engage our Canadian counterparts in some out of the box thinking on this issue and others in terms of how we manage longstanding differences that we have that really make an economic impact for our stakeholders and our economy."

Later in the hearing, Sen. Collins said: “I agree with my colleagues on the need for there to be a negotiation with Canada to renew the softwood lumber agreement. We’ve seen lumber prices go sky-high. We obviously preferred domestic sources but when domestic sources can’t meet the demand, as is the case right now and prices are so high, we desperately need a new agreement to be negotiated so that we are not involved in imposing countervailing and anti-dumping duties on Canadian softwood lumber imports.” 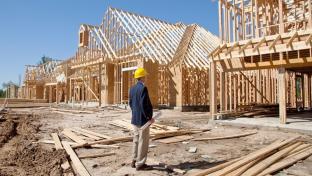 Soaring lumber costs have added nearly $13,000 to the market value of an average new multifamily home.