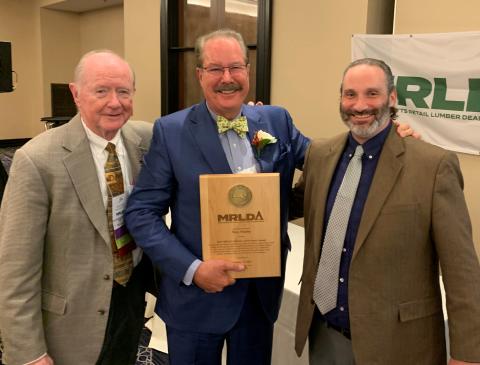 Tony Shepley has been honored by the Massachusetts Retail Lumber Dealers Association (MRLDA) with its Lifetime Achievement Award.

With no experience in the lumber and building materials industry, a used lumber truck, $4,000, and an idea that there was a need for another lumberyard in Hyannis, Mass., Tony Shepley and a partner started Shepley Wood Products in 1978.

The MRLDA Lifetime Achievement Award honors an individual for their cumulative contributions to the lumber industry. It is a special recognition to a person who has truly “made a difference” in the business and has made a significant and measurable impact on the lumber industry and the communities in which they serve.

The award is not presented every year and is only given when a person is nominated and fits the special criteria.

When Shepley Wood Products was founded, the idea of an upstart lumberyard competing with the six established competitors in a 10-mile radius was a preposterous idea. And the competing yards didn’t take Shepley seriously.

Today, Shepley is the only lumberyard remaining in the Hyannis area with additional locations in Wellfleet and Nantucket. The company, a division of Kodiak Building Partners, has over 160 employees.

The lumber and building materials executive views his community efforts as “paying your civic rent.”

“I view ‘civic rent’ as a social obligation that we should pay back to our community both personally and professionally,” Shepley said. “The center of every family is the home. Without safe, stable, and affordable housing, any family is at risk.” 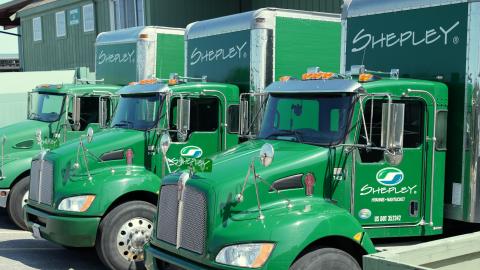 Shepley Wood Products has served builders and contractors on Cape Code and Nantucket since 1978.

In 1996, Shepley hosted its first charitable golf tournament – The Shepley Wide Open. Now in its 26th year, the annual event has raised more than $1 million for organizations on the Cape and Islands.

In 2021, Kodiak Building Partners acquired Shepley Wood Products and Shepley transitioned into a new role as president of the company.

Shepley remains excited about leading the company he founded in its next stage of growth.

“We have always said that we were in the people business and yes, we sell lumber and building materials,” Shepley says. “We are an industry of relationship sellers, where your word is still your bond.”

According to Shepley, the dealer has always focused on selling to building professionals. This includes a third generation of the same customer in some cases.

“I have had the same job title for 45 years,” he says. “My goal is to coach and mentor and to carefully choose the times to get out of the way of others to let them grow and prosper.”

Shepley was also honored to share his special MRLDA evening of recognition with two other deserving individuals. Garry Prevedini from US Lumber also received a Lifetime Achievement Award and Tom McManus from Cape Cod Lumber Company, Inc. was honored as the MRLDA Lumberperson of the Year.

A Boston native, Shepley has lived in Hyannisport since 1971. He and his wife Lorraine also spend time in Bethel, Maine. They have two sons, Niles and Cole.

Niles works in operations for Shepley’s Nantucket branch and Cole is in his senior year of college, studying architecture.