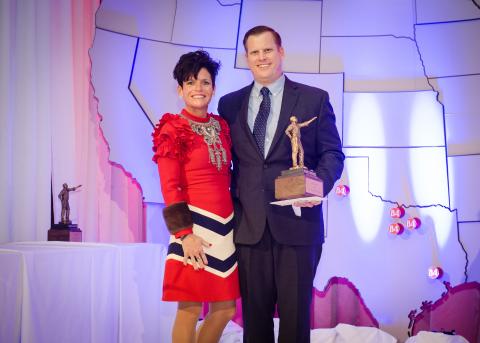 After 24 years as an 84 Lumber associate, John Vincent still leans on his military career experience to problem solve, lead, and manage his team.

“Serving time both here and overseas was an experience I will never forget and has certainly shaped my career at 84 Lumber,” Vincent says. “I have people on my team from all branches of the military and we understand each other. A common theme across all branches is a desire to succeed through teamwork.”

Vincent enjoys his work in the LBM industry and recommends working with veterans. “Veterans understand camaraderie and seek it outside of the military service,” he says.

That’s exactly what prompted Vincent, a California native, to seek out a career at 84 Lumber.

Impressed by the opportunity to continue to manage and lead people, as well as the opportunity of ongoing promotion from within, ultimately led him to join 84 Lumber as a manager trainee in 1998.

“With the leadership training I received in the army, it was my goal to continue leading a team and to become a store manager,” he says. “It was easy for me to relate working in a store to my military service. At the end of the day, both require a team of people working together to accomplish a goal. With hard work and dedication, 84 Lumber provides the opportunity for everyone to advance.”

Vincent started as an 84 Lumber manager trainee in Goodlettsville, Tenn. and after only eight months, was promoted to co-manager at the Donelson location.

Less than a year later he was again promoted, this time to manager of the 84 Lumber store in Russellville, Ky. Soon after, Vincent managed two other stores in Goodlettsville and Franklin, Tenn., before becoming an area manager in 2005 for the Tennessee/Alabama region. 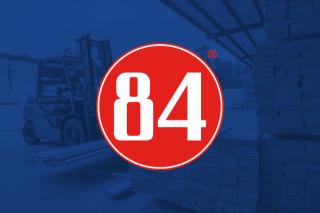 Vincent balances his career and time spent with his family. He and his wife of 26 years, Kim, share two daughters, Caitlin, and Marissa. In their downtime, Vincent and his family raise chickens, goats, and hogs from their home in Columbia, Tenn.

As he reflects on his former military career and his success at 84 Lumber, Vincent firmly believes that how you treat people is your best asset.

“If you build your business off of a relationship instead of a transaction, you will have a customer for life,” says Vincent.

84 Lumber said that it is a military-friendly employer and believes in recruiting men and women who have served in the military.

[For information on career opportunities at 84 Lumber locations across the country, click here.]