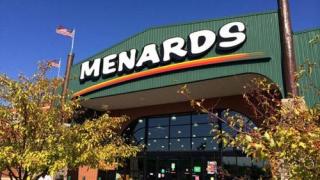 On Oct. 19, Menards officially opened a new store in Barboursville, roughly 40 miles west of Charleston. The retailer also opened a new 200,000-square-foot location in Triadelphia on the same day.

“We’re building materials, electrical, plumbing, anything you can think of as far as home improvement and then we do have seasonal sections like our enchanted forests,” Corey Curtis, Triadelphia Menards general manager, told WTRF News.

Based in Eau Claire, Wis., Menards operates more than 330 stores, primarily in the Midwest.

In a statement issued to Charlestown Gazette-Mail regarding the Barboursville opening, Menards spokesman Jeff Abbot said. “We’re excited about opening a new Menards in this area and look forward to creating job opportunities and contributing to the region’s economic growth in the years ahead.”