And the appointment arrives as companies examine diversity and equality in the workforce - a priority for Lowe’s - during an age of social and political unrest in America.

In a statement, Lowe’s said that Little is “a seasoned executive with 15 years of human resources and diversity and inclusion experience.”

Little joined Lowe's in 2017 and most recently served as senior vice president, diversity and talent management. Lowe's said that Little has worked company leaders to expand and develop solutions that support the retailer's mission while making diversity and inclusion a signature priority.

"We are pleased that as our executive vice president of human resources Janice will bring her deep understanding of diversity and inclusion to this leadership role," Lowe’s President and CEO Marvin Ellison said. "During her tenure, Janice has been integral in shaping our organization's global strategies for talent, culture, and leadership development.”

“We look forward to leveraging her extensive expertise and ensuring Lowe's remains a workplace of choice for current and future leaders,” said Ellison.

"I am honored and excited to lead the Lowe's human resources team,” Little said. “People are the company's most important resource. I look forward to the opportunity to build on Lowe's commitment to fostering an environment where individuals are treated fairly, valued, respected, safe, and inspired to serve customers and the community.”

On May 31, Ellison issued a social message about racism, hate, and insensitive behavior as protests were heating up across the nation. 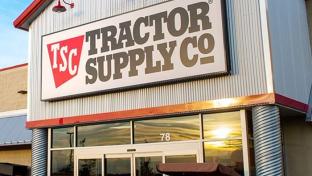 News
At Lowe's, a leadership makeover