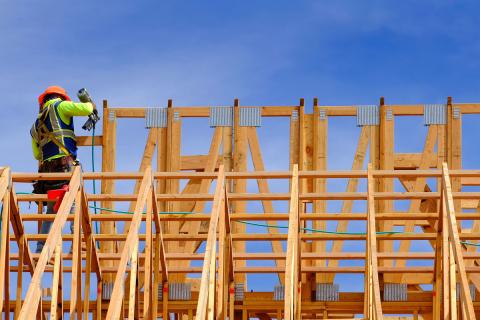 Combined starts in October were at a seasonally adjusted annual rate of 1.425 million, declining 4.2% from the revised September estimate of 1.488 million, the U.S. Census Bureau and the U.S. Department of Housing and Urban Development jointly reported this morning.

“This will be the first year since 2011 to post a calendar year decline for single-family starts,” said NAHB Chief Economist Robert Dietz. “We are forecasting additional declines for single-family construction in 2023, which means economic slowing will expand from the residential construction market into the rest of the economy.”

Authorizations of units in buildings with five units or more were at a rate of 633,000 in October, sliding 1.9% from the prior month but rising 11.2% from the same period a year ago.

The NAHB reported yesterday that builder confidence has fallen for 11 straight months this year.

Builder confidence in the market for newly-built single-family homes dropped five points to 33, according to the latest NAHB/Wells Fargo Housing Market Index (HMI) released on Nov. 16.

This is the lowest confidence reading since June 2012, with the exception of the onset of the pandemic in the spring of 2020.

Despite affordability issues and a major slowdown in residential construction, a housing supply challenge could be on the horizon.

“Even as days on the market are lengthening, overall housing inventory still remains near historic lows," said Lawrence Yun, chief economist of the National Association of Realtors. "New listings are actually lower compared to the same period a year ago. That means once the gate opens a bit for home buyers, we could again face a housing shortage." 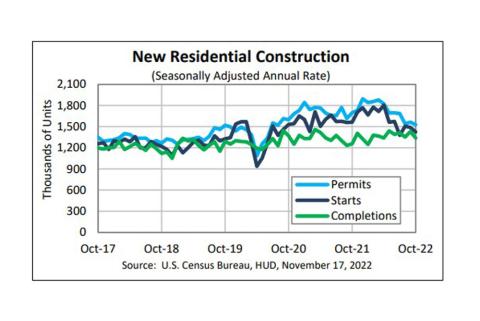 Here’s how housing starts and permits performed on a regional basis in October: