Hudson, Mass., is the $25,000 winner of the latest America’s Main Streets “Road to Recovery” contest organized by Independent We Stand. More than 200 business districts entered, and the revitalized Main Street business district of Hudson with its eclectic mix of restaurants and independent stores received the largest share of the million-plus votes cast in the contest. 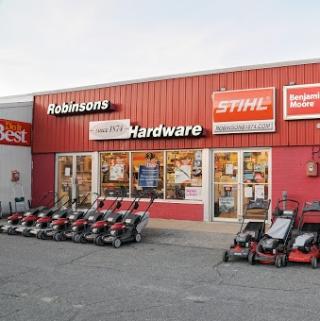 As you might expect, there’s a hardware store in the mix. HBSDealer caught up with Kim Underwood of Robinsons Hardware & Rental.

Robinsons isn’t technically on Main Street, but it’s a quick, 600-foot walk away. And along with a downtown speakeasy and “micro creamery” ice cream shop, the hardware store plays an important role in giving the town its award-winning vibe.

A few other facts about Robinsons Hardware in Hudson, Mass.

• The business operates a second store in nearby Framingham, Mass.

• Robinsons has a dramatic slogan: “Best hardware store in a dam site.” And that’s no exaggeration. Robinsons is in sight of a dam on the Assabet River, which runs through Hudson. (It’s an interesting fact that the Robinsons store in Framingham, Mass., is also within sight of a dam.)

"Customer service is the name of the game. And we seem to do that pretty well.”
Kim Underwood, Robinsons Hardware & Rental

The Underwood family has been running the business since 1963. Robinsons does a big business in rental, and is known for servicing tractors, snow blowers, lawn mowers, and other equipment.

A nearby Lowe’s provides formidable competition. “It’s a battle, for darn sure,” Underwood said. “Customer service is the name of the game. And we seem to do that pretty well.”

The award bestowed on the Hudson downtown probably won’t generate a major uptick in sales for Robinson’s Hardware, but Underwood said he’s excited to be part of a business district that is experiencing growth.

“We've got a good core group of business leaders downtown that have really worked hard to improve the Main Street area,” he said. “It's absolutely phenomenal to drive down Main Street. Even on a Wednesday or Thursday night there won't be a parking space available because it's so crowded. It was never like that before -- the town closed up at 5:30 years ago. So, it's been very positive, that's for sure.” 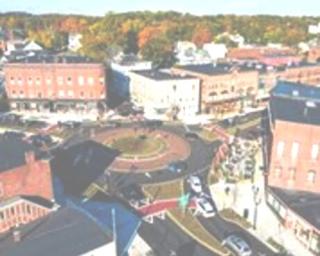 Among the other business districts that reached the finals of the America’s Main Streets “Road to Recovery” contest were downtowns in Monroe, Wisc.; Litiz, Pa.; Eatonton, Ga.; and Texarkana, Texas.

As part of its ongoing mission to promote small businesses, Independent We Stand created the America’s Main Streets program to promote the critical role played by Main Streets in American life, including America’s economic life.

“The overwhelming support garnered by Downtown Hudson demonstrates the major impact small businesses can have on their communities,” said Bill Brunelle, co-founder of Independent We Stand. [Read more about the award here.]