Existing-home sales slump again in May

Existing-home sales slump again in May

(Image courtesy of the National Association of Realtors.)

Existing-home sales fell for a third straight month in May, according to the National Association of Realtors (NAR).

Total existing-home sales dropped 9.7% from April to a seasonally-adjusted annual rate of 3.91 million in May, the NAR reported today.

Existing condominium and co-op sales were recorded at a seasonally adjusted annual rate of 340,000 units in May, down 12.8% from April and down 41.4% from a year ago.

“Sales completed in May reflect contract signings in March and April – during the strictest times of the pandemic lockdown and hence the cyclical low point,” said Lawrence Yun, NAR’s chief economist. “Home sales will surely rise in the upcoming months with the economy reopening, and could even surpass one-year-ago figures in the second half of the year.”

“New home construction needs to robustly ramp up in order to meet rising housing demand,” Yun said. “Otherwise, home prices will rise too fast and hinder first-time buyers, even at a time of record-low mortgage rates.”

The latest data shows that Americans are leaving urban landscapes in favor of suburban and rural settings.

“Relatively better performance of single-family homes in relation to multifamily condominium properties clearly suggest migration from the city centers to the suburbs,” Yun said. “After witnessing several consecutive years of urban revival, the new trend looks to be in the suburbs as more companies allow greater flexibility to work from home.”

Here’s how sales break down by region:

News
Existing-home sales wilt in May

News
Existing-home sales rebound in May 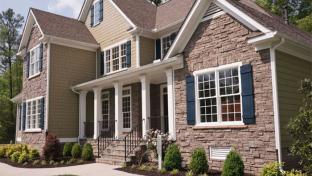 News
Existing-home sales down 17.8% in April