Yesler Marketplace, the digital platform for lumber and building material transactions, has announced a series of product enhancements, expanding the ability for lumber sellers to merchandise and promote their offerings to buyers.

Digital tools have been put into place for lumber sellers that capture the attention of buyers by creating product offers. The special offers can be discovered by and promoted to buyers, including mills, brokers, distributors, and wholesalers, Yesler said.

Buyers can also rapidly connect with known sellers and identify sellers to expand their supplier networks.

“Our products empower LBM sellers to increase speed and efficiency going digital,” said Matt Meyers, CEO and co-founder of Yesler. “This includes tools to digitally merchandise loads directly to buyers without email or phone. It's intuitive so even old-school buyers and sellers have a great first experience with our digital marketplace.”
Meyers noted that Yesler Marketplace users have doubled in the past year with transactions increasing eight times over that span. 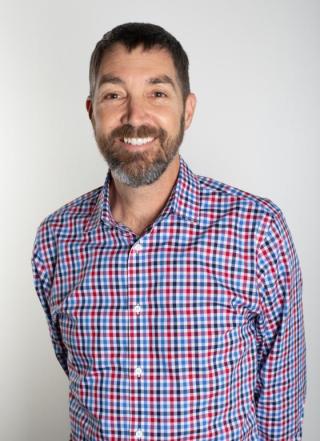 According to Meyers, both buyers and sellers benefit in building and expanding trusting relationships that are the foundation of the LBM supply chain. Within Yesler, buyers and sellers always know who they are working with, and all quote and transaction history is stored for easy reference in the future.

“The Yesler Marketplace is what the industry needs more of. It creates a fast, collaborative and transparent platform for buyers and sellers to move quickly and get deals done,” said Steve Coppola, vice president at LENCO Supplies. “The speed of aggregation and dissemination of information via Yesler simply cannot be matched.”

“Each time the market crashes, we see renewed interest in Yesler tools. Beyond Yesler Marketplace, the data from Yesler Groundwork and Yesler Intel are helping lumberyards keep ahead of the trends in the market.”

Yesler has also launched a redesigned website. The new site is designed to will keep pace with the fluidity of the LBM industry and serve as a home to the thought leadership content posted on the Yesler blog.

“We have rebuilt the website to reflect how our products solve daily transaction issues in the LBM market,”  said Steve Huson, vice president of sales and marketing at Yesler.

The site has a more focused technical design and implementation, as the content of the website better articulates the value to lumber industry executives, buyers, and sellers, Yesler said.

Despite recent declines in the costs of framing lumber, the prices of goods used in residential construction increased 0.5% in April, following an upwardly revised increase in both February and March, according to the Producer Price Index (PPI) report released by the Bureau of Labor Statistics and analysis from the National Association Home Builders (NAHB). The NAHB has also reported that building material prices increased 19.2% on a year-over-year basis and have increased 35.6% since the start of the pandemic.

“Expect markets to remain volatile in 2022, but don’t believe in a ‘new normal’,” Meyers said. “The long-term dynamics of supply and demand will eventually bring prices back down, and we are already seeing some of that movement.”

“Even if these times are exceptional, volatility has always been the normal in lumber. Someday, we will get back to the old normal of seasonal and cyclical volatility and away from pandemic driven supply-chain panics,” Meyers added.