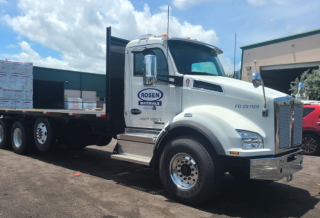 Rosen Materials is one of three US LBM divisions in the deal.

L&W Supply is an operating unit of ABC Supply.

US LBM acquired Feldman Lumber and Wallboard Supply in 2014 and Rosen Materials in 2015. In total, these divisions and their subsidiaries currently operate 42 locations in 12 states and primarily sell and distribute interior building materials, including wallboard, acoustical ceilings and steel framing.

“The alignment of L&W Supply’s product focus with that of Feldman Lumber, Rosen Materials and Wallboard Supply will be a great benefit for the customers and associates of these divisions,” said US LBM President and CEO L.T. Gibson. “Upon completion of this transaction, US LBM will remain well positioned to continue our growth through product category expansion, strategic acquisitions and greenfield development, while continuing to provide our customers a full line of specialty building products.”

The transaction is subject to customary closing conditions, including regulatory review, and is expected to close in the second quarter of 2023.

The move to divest divisions is a change of pace after a long streak of acquisitions and expansions for Buffalo Grove, Ill.-based US LBM. Among the company's steady string of recent headlines has been expansion of Universal Supply and acquisitions of truss facilities in North Carolina and Georgia. 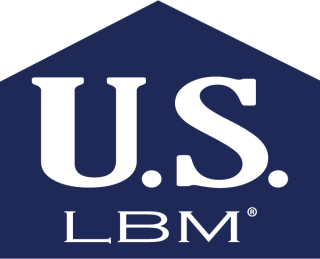 The divisions involved in the transaction are:

• Rosen Materials, with locations primarily in Florida, is a distributor of residential and commercial building products including drywall supply, gypsum wallboard, framing lumber and more; and

Describing the three divisions as US LBM’s “standalone wallboard divisions,” ABC said the transaction is expected to close in the second quarter.

ABC Supply’s President & CEO Keith Rozolis said: “We look forward to welcoming the associates into the ABC Supply family and are confident our shared commitment to delivering world-class service will benefit all our customers.”

Based in Beloit, Wis., ABC Supply operates nearly 900 locations across the United States and Canada.

The company has generated its own steady stream of expansion-related headlines, with an exceptionally busy November. During that month, HBSDealer reported ABC Supply entered Canada through the acquisition of the Monarch Group; set up shop in New York City with its L&W supply subsidiary; and opened a new ABC Supply branch in Maryland, among other moves.