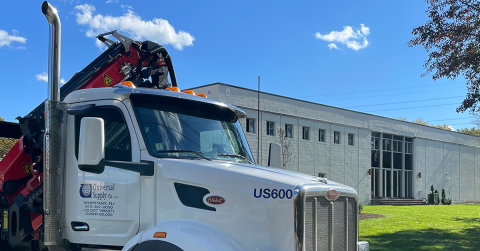 The Universal Supply banner operates 28 locations in the Northeast and Mid-Atlantic markets.

US LBM announced that it has expanded its reach in the New York metropolitan area, opening a new Universal Supply branch focused on roofing and siding

“The Whippany location, in combination with similar roofing and siding-focused locations we’ve opened over the past two years in nearby Paterson and Newark in northern New Jersey, expands US LBM’s coverage in an important specialty category in a high-volume metropolitan market," said US LBM President and CEO L.T. Gibson.

In addition to Universal Supply, US LBM’s brands in the New York metro area include Feldman Lumber and Direct Cabinet Sales.

Based in Buffalo Grove, Ill., US LBM operates more than 400 locations nationally under a portfolio of banners.

Universal Supply was purchased by US LBM in 2010 with new locations steadily added since the acquisition.