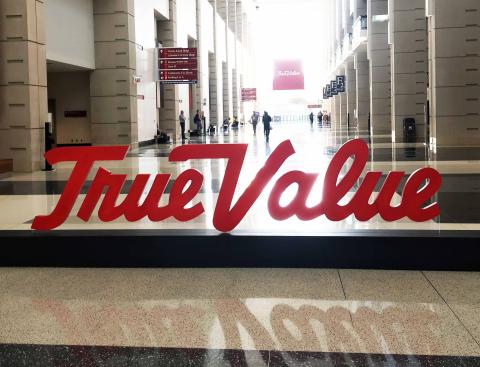 TV Cooperative Company Board says goodbye to Brent Burger, who has retired; and hello to Megan Menzer, newly elected board chair, along with other leadership news. Photo by Tim Burke.

“Lee Kuenning, third generation in the family, owns and operates four Ohio-based True Value stores,” said the board. “With 25 years of experience in the hardware business, he learned from two of the best mentors imaginable – his father Scott Kuenning and grandfather and founder, Stan Kuenning.”

Michael Collins owns three True Value hardware stores in New Jersey, “along with two UPS store franchises within two of his hardware stores,” said the board. Additionally, he owns three Colmar Kitchen Studio locations. Before entering the hardware business, he worked as an aerospace engineer.

“Rodrigo Cuarón owns and operates the 12-store Hágalo Group in Northern Mexico since 2008. He was named CEO in 2016. The Hágalo Group has been recognized over eight years as the largest international retailer of True Value paint,” said the board.

In other TV Cooperative Company Board news, the board elected Megan Menzer as chair and cooperative representative. She replaces Jared Littman, who was chair since 2018 and will now be the Class B manager on the board of managers.

Also, Brent Burger, former director, and chair of the True Value Company board of directors from 2007-2018, announced his retirement from the TV Cooperative Company Board in November.

Brian Webb, director of the TV Cooperative Company Board since 2018 and a former director and chair of the True Value board of directors from 2004-2018 announced that the current term on the board will be his last. His term will end in March 2023.