Before there was Home Depot, Atlanta’s major made-from-scratch player was Williams Brothers lumber.

Williams Brothers was founded in 1922, and at its height in 2005 it operated 16 pro dealer yards and home centers, all in Georgia. According to the National Home Center News Pro Dealer Scoreboard from 2005, Williams Brothers had sales of $444 million. In the same year, the company was sold to Home Depot, which brought the business under its HD Supply division.

“When Home Depot opened their first four stores in Atlanta in 1979, I was a store manager at the [Williams Bros.] Marietta store. It was fun to walk the Home Depot stores," said Phil Mansell, a home improvement industry veteran who plans to retire from South Sales Group Sept. 1.

Mansell was with Williams Bros. in Atlanta from 1973 until 1989, beginning with the company's Roswell, Ga., store, where he drove a delivery truck. He moved up to the sales floor about six months, then rose to an assistant manager position in 1974, and store manager in 1975.

During his tenure with Williams Bros., the customer mix was about 60% contractor, 40% retail. The company was a member of HWI, the forerunner of Do it Best Corp.

"We had 10 home center stores, a door and window shop and a sawmill. … I wish Williams Bros were still around,” said Mansell. “It was a great company.”

Prior to the Home Depot acquisition, the Williams family sold the business in 1987 to Blue Circle, which in turn sold the building material division to Sonny Calhoun around 1993, according to Mansell.

Do you have memories of Williams Brothers? Share them with us at [email protected]. 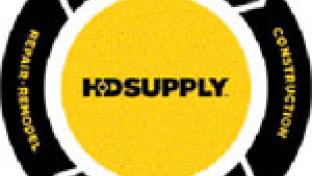