From the 2008 issue of Home Channel News

At the time, Avenel, N.J.-based Bradco Supply was the 7th ranked pro dealer, based on annual revenue. Investment firm Advent International acquired a majority share of the $1.7 billion pro dealer.

According to the article, the Segal family was really looking to sell. “But [Advent] approached us and the timing was right,” said Brad Segal, son of the founder Barry Segal. “It made sense.”

Ted Boylan, who replaced the founder as CEO six months prior to the transaction, kept his position.

Following the 2008 deal and flush with private equity money, Bradco went on an acquisition spree of its own, purchasing businesses in Denver; Warminster, Pa.; Schenectady, N.Y.; and the Charlotte/Raleigh, N.C., markets.

In 2010, the tables were turned, and Bradco was on the receiving end of an acquisition -- this time to ABC Supply Co. The deal was described by Home Channel News as “easily the largest merger in the roofing industry ever.” 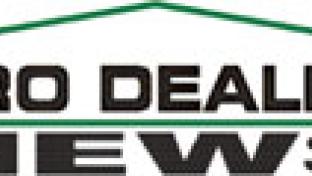