Five years ago this summer (July 31 to be exact) Builders FirstSource acquired ProBuild Holdings, a former number one pro dealer in terms of revenue on the annual HBSDealer Top 200 list.
The deal shook up the industry, and served as a precursor to a later combination of giants – BMC and Stock.

In 2015, then Builders FirstSource CEO Floyd Sherman described the acquisition this way: "The culmination of this acquisition marks a significant milestone in our industry, creating a unique company with enhanced scale and a national footprint. By bringing together the extensive products and services offerings of both Builders FirstSource and ProBuild, we will further strengthen our long-standing customer relationships," said Sherman. "This is an exciting day for our employees as we officially join forces to establish a broader, more efficient platform of manufacturing and distribution capabilities."

Later that year, Builders FirstSource accepted the 2015 ProDealer of the Year award at the ProDealer Industry Summit.

In 2015, the ProBuild acquisition created a national deal with combined revenues of $6.1 billion, 430 locations and a reach into 74 of the top 100 metropolitan statistical areas.

At the time, Chad Crow was chief operating officer of Builders FirstSource. He ascended to the role of CEO in late 2017. During the company’s most recent earnings call, Crow took a few moments to reflect on the five year anniversary of the deal.

“Today marks our 5-year anniversary of our acquisition of ProBuild,” he told investors during the earnings call. “When I think back at what we have accomplished and the great company that we have become as a result of that acquisition there is much to be proud of.”

He continued: “A lot of people thought we were crazy and would never survive,” Crow said. “From the start, we said our top priorities were to deliver, to integrate and to achieve our synergy target, and we did that plain and simple.” 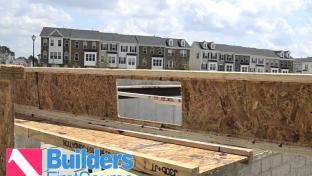 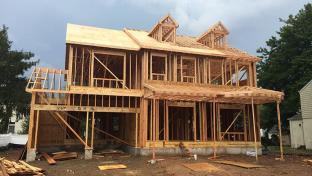 News
At BLDR, synergies will have to wait for deal