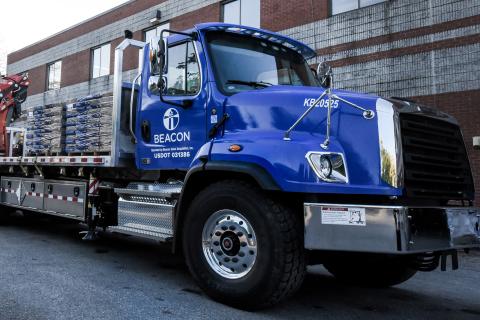 Beacon has already added five new locations to its roster in 2023.

Beacon is continuing a strong expansion run in Texas.

Today the company announced that its latest moves include the opening of greenfield locations in Baytown and suburban Forth Worth.

The Baytown branch extends service in the greater Houston market, reaching across Harris and Chambers counties and the Galveston Bay region.

The branch on Fort Worth’s western side is at the busy crossroads of Highways 820 and 30.

“These new branch locations were chosen specifically to support our customer contractors who work near the major Fort Worth and Houston markets,” said Peter Lippert, Beacon’s Regional Vice President, Texas. “Both new branches are stocked with leading brands of residential and commercial roofing and complementary products, including Beacon’s own TRI-BUILT products.”

This month Beacon has already added five new locations via greenfields and acquisitions as part of its Ambition 2025 growth strategy.

On Jan. 3, Beacon reported that it had acquired Boston-based Whitney Building Products. The company followed the move with a Jan. 4 announcement that it had purchased First Coastal Exteriors with locations in Alabama and Mississippi.

Beacon also opened a new branch in Augusta, Ga. this month. The distributor closed out 2022 with the December opening of new branches in Georgetown and Brownsville, Texas along with greenfield openings in Durham, N.C. and La Vergne, Tenn.

Based in Herndon, Va., Beacon operates more than 480 branches in the United States and Canada.