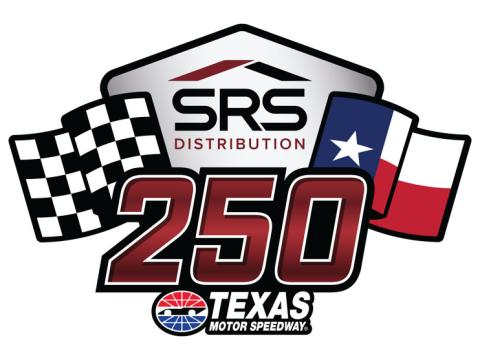 The McKinney, Texas-based roofing and building products distributor has been named the entitlement partner for the May 21 SRS Distribution 250 NASCAR Xfinity Series race.

This is the second of three races that will be held during the NASCAR All-Star Weekend at Texas Motor Speedway in Fort Worth, Texas.

SRS Distribution is one of the nation’s fastest-growing distributors of building products and has grown to more than 600 locations in 44 states.

“SRS Distribution is proud to partner with Texas Motor Speedway and NASCAR in our home market of DFW to promote the Xfinity Series race and NASCAR All-Star Weekend,” said SRS Distribution President and CEO Dan Tinker. “SRS Distribution proudly serves almost 100,000 blue collar companies that help build our great nation, supplying them daily with the materials they need to jobsites across the country.”

Tinker also noted that the company’s SRS Raise the Roof Foundation is championing charitable causes that include veteran support, relief for those impacted by weather-related disasters, and children’s needs in the communities that the company serves.

SRS also recently announced its We Stand With Ukraine, One Family One Fightfundraising campaign. The company is looking to raise at least $50,000 to help support Ukrainian refugees who have fled their homes and been impacted by the war with Russia.

During the NASCAR All-Star Weekend, SRS said it wants to assist veterans who want to bring their families to the track “while providing the NASCAR experience for some of the hardest working construction professionals in the industry.”

“We look forward to deepening our relationship as we develop programs of common interest in those respective areas,” Ramage added.