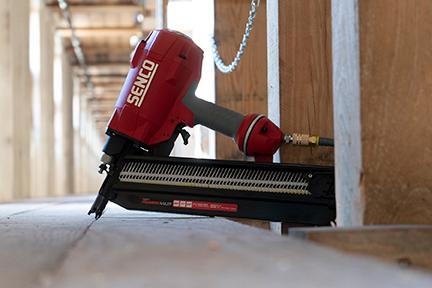 “The launch of the FN81T1 brings the benefits of Senco’s new framing nailer design to users of one of the most common types of collated framing nails,” said Ryan Schuler, product manager for Senco’s rough construction tools. “Everyone can now experience the new standard in framing, regardless of which type of nails are available on the job site.”

The FN81T1 follows the launch of the FN91T1, Senco’s 34-degree framing nailer that became available in June. Both nailers are assembled at Senco’s Cincinnati production facility, where most of the company’s nails and staples have been manufactured and distributed for decades.