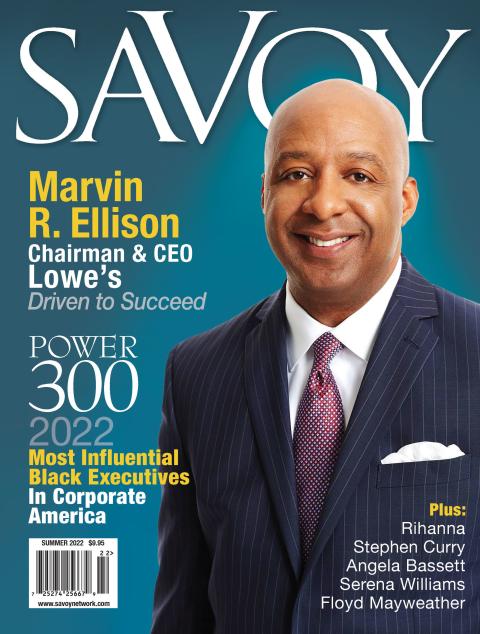 Lowe’s CEO and President Marvin Ellison is featured on the cover of the June 2022 edition of Savoy magazine.

Savoy magazine has honored some of the industry’s top executives.

The June edition of Savoy focuses on the “2022 Most Influential Black Executives in Corporate America” and features Lowe’s CEO and President Marvin Ellison on the cover.

Savoy magazine is an African American business and lifestyle magazine.

Under Ellison’s leadership, Lowe’s has supported many diverse small business owners before and during the pandemic, Savoy points out. Lowe’s commitment to investing $9 million to select schools and scholarship programs to help underrepresented students. Lowe’s announced that full- and part-time employees are eligible to enroll in over 50 academic programs at 23 universities and education providers to obtain undergraduate degrees.

The 2022 Most Influential Black Executives in Corporate America is an elite representation of executives who are making strides at the helm of some of the highest-performing companies throughout the U.S. and beyond, BlueLinx said. 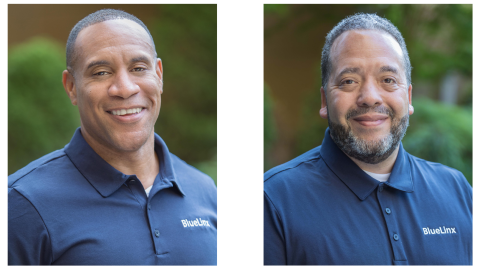 “I’m truly honored that Kevin and I are recognized among the best and brightest African American leaders, particularly given that the listing takes into account not only corporate influence but also how we each are making an impact in our communities,” said Gibson.

Click here to read about a column Gibson contributed to Savoy about executive leadership in America.

The building products distributor also said that it is notable that two BlueLinx leaders are included on the list. They are among a small number of African American executives in the building supply industry as well as in the ranks of publicly traded companies.

Henry added, “The inclusion is a great reflection of the momentum and leadership culture we’re building here at BlueLinx.”

Gibson recently marked his first year as CEO of BlueLinx, during which he led the company to exceptional financial performance, and in June led the team as it rang The New York Stock Exchange opening bell.

Henry joined the organization in 2022 and already has directed efforts to establish an inclusive, high-performance culture, BlueLinx said.

“Savoy is proud to present the 2022 Most Influential Black Executives in Corporate America. In this issue, we assembled an elite representation of African American men and women who have been recognized for their executive and business leadership in national and global-leading corporations,” said L.P. Green, II, publisher of Savoy magazine. “These innovative trailblazers have led efforts to foster growth for some of the country’s highest-performing companies throughout and beyond the U.S. market.”

Selection for the Most Influential Black Executives in Corporate America examines the spheres of influence impacting Savoy’s readership including corporate sector influence, scholastic achievement, career growth, community outreach, and recognition. The information received from over 500 prospective candidates in diverse fields was pre-screened by the selection committee.