R.P. Acquisition Corporation, a subsidiary of R.P. Lumber Co., Inc., said that it is acquiring the assets of Stock + Field.

The move includes 25 farm and ranch retail locations in Illinois, Indiana, Ohio, and Michigan. Terms of the pending deal were not disclosed.

Stock + Field was founded in Watseka, Ill. as Big R Stores but the 57-year-old retailer declared bankruptcy in January and announced that it was liquidating its assets.

R.P. Acquisition Corporation said the stores will begin operations under new management in April. The stores will retain the Stock + Field banner, continue to focus on farm and ranch sales, and provide the same products and services.

In a press release, R.P. Acquisition Corporation said it recognizes that the loss of the stores would leave a “difficult hole to fill in each of their local communities.”

“With this in mind, they will endeavor to keep the customers, the employees, and their families united as a community, rooted in the heartland,” said Robert Plummer, chairman of R.P. Acquisition Corporation and founder of R.P. Lumber. “Our focus right now is on keeping Stock+Field stores open and serving the many communities they have served for years and, in some instances, decades.”

“These stores have a decades-long tradition as part of the fabric of the community,” said Jason Plummer, president of R.P. Acquisition Corporation. “We love the farm and ranch space but, perhaps even more importantly, we saw this as an opportunity to invest in rural America, contribute to the growth of these great communities, and help keep many good, hard-working people employed.” 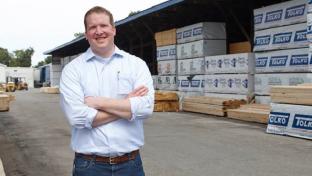 ILMDA names R.P. Lumber's Plummer as Lumberman of the Year

R.P. Lumber's vice president is recognized for his service to the industry. 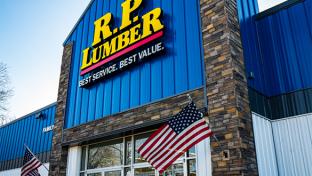