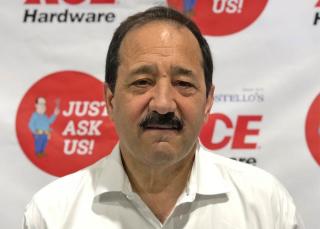 =Costello’s Ace Hardware has appointed of Frank “Rocky” Vitale to the role of chief operating officer.

As COO, Vitale will oversee all aspects of store operations, human resources, staff recruitment and development, facilities, warehousing and logistics, and technology for all of Costello’s operating units, the hardware store chain said.

Vitale’s promotion supports the company’s vision for continued growth and further solidifies Costello’s position as one of the fastest-growing independent retailers in the hardware business. He will continue to report directly to Michael Costello, CEO of Costello’s Ace Hardware.

“Serving as EVP Operations for Costello’s Ace Hardware has offered me the opportunity to be ‘hands on’ in many aspects of the business, said Vitale. “I plan to use my experience here as well as from prior leadership roles to spread my passion for solving operational and growth challenges to the entire Costello’s Ace team.”

Vitale added that he strongly believes Costello’s Ace has what it takes to reach new heights and achieve a vision of $250 million in revenue and 75 retail locations by the year 2025.  “I am excited for this opportunity and look forward to serving the Costello family in my new role.”

Vitaleis an eight-year veteran of Costello’s Ace and has served as the company’s vice president of store operations. He will continue to build and develop a team that will support the current and future needs of a rapidly growing company.

Vitale has over 40 years of retail experience. Prior to his time at Costello’s, Vitale held leadership positions in the supermarket industry for over 30 years.

“On behalf of the Costello family and shareholders, we are delighted to have Rocky Vitale as our chief operating officer,” said Michael Costello, CEO of Costello’s Ace Hardware. “Since his arrival, Rocky has been instrumental in helping Costello’s solve a multitude of operational challenges, impart a culture of support, discipline, and accountability, and navigate the complexities of growth. As COO, Rocky will have even greater influence on our people, vision, execution, and growth.”