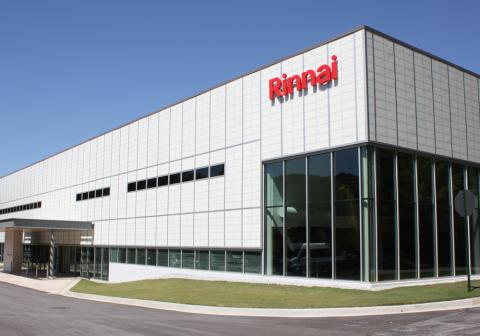 Rinnai America Corporation, the manufacturer of tankless gas water heaters in has announced the appointment of three senior positions in efforts to drive growth and strengthen its vertical segments.

“As we look to expand Rinnai’s global footprint, our North American region promises to serve as a critical growth engine for the company,” said Frank Windsor, president of Rinnai North America. “As such, it is imperative to have a strong management team in place to achieve our brand promise of ‘Creating a healthier way of living’ and to realize the company's full potential in the market.”

Beyer most recently served as assistant chief information officer and director of information technology at Butterball LLC. Boyer’s prior position was with LG Electronics as the senior director of operations. Kennet worked as CFO of CHEP, the world’s largest pallet supplier, prior to joining Rinnai.

Rinnai America Corporation, a subsidiary of Rinnai Corporation in Nagoya, Japan, was established in 1974 and is headquartered in Peachtree City, Ga.