A recall spurs an apology from the founder

A recall spurs an apology from the founder

Often times, a product recall will fly under the radar, announced in the fine print of a company’s web site. But a recent incident at Harbor Freight Tools led to a very public apology from the company’s founder and owner Eric Smidt.

The company announced a few months ago a recall of its private-label Pittsburgh 3-ton and 6-ton steel jack stands due to a manufacturer’s defect. More recently, a replacement 3-ton jack was also found to be defective. Recall information is here.

In a letter to “the Harbor Freight Community,” which was posted on Facebook and distributed via e-mail to customers, Smidt said he was disappointed and embarrassed by the situation. His six paragraph letter began: “I’m writing to apologize.”

The founder and CEO added: “While we’ve dramatically grown our team of engineers and inspectors and intensified our tests and inspections, I assure you that the lessons learned from this will drive further improvement.”

With more than 1,000 locations, Harbor Freight’s business leans heavily on private-label brands such as Pittsburgh, Hercules, Earthquake and Chicago Electric. 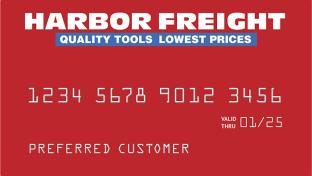