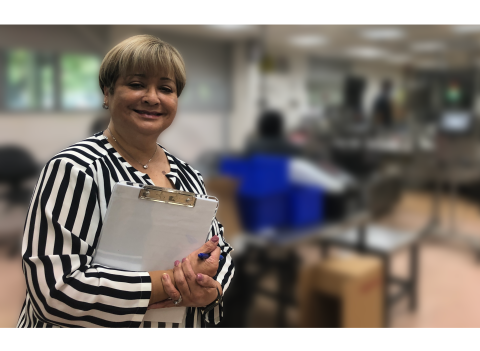 Rosa Dávila, director of plant operations at Henkel’s Sabana Grande manufacturing plant, has been breaking down barriers throughout her career.

Sabana Grande, Puerto Rico, is home to one of Henkel’s largest adhesive technologies manufacturing plants, which is managed by Rosa Dávila, the first woman to hold this role at the site.

Dávila started at the plant in 1990 as the first female chemical operator and has been breaking down barriers ever since.

“From the start, I was the only woman at Sabana Grande working in what was considered a man’s role,” said Dávila. “There were other women in administrative roles, but there were a lot of challenges being the first female in an engineering role, especially from a cultural change standpoint.”

Dávila pointed to Henkel’s culture as helping her to feel empowered to achieve her career dreams and overcome stereotypes. 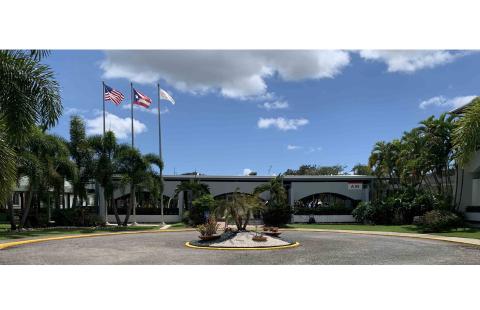 At Henkel’s 200,000 square foot Sabana Grande facility, with more than 180 employees operating 39 production lines, multiple types of adhesives are manufactured and destined for use all over the world.

Henkel said it has long been committed to creating a collaborative, inclusive environment where all employees feel supported and that doors are open to them at the company, even if against societal norms.

“Not only did I have coaching from Henkel, but examples from bosses and colleagues who always encouraged me,” said Dávila. “Leaders in the adhesives world empowered me to pursue my dreams and level up in technical positions bit by bit. I am so grateful to have received this type of support and know that people were rooting for me to succeed.”

The support she received as a woman pursuing a career in STEM reinforced her commitment to encouraging other women to grow in their roles, said the company. A key focus for Dávila is changing the unconscious mindset that being a female means you’re not able to do a certain job.

Changing mindsets takes education and dialogue. Those who resisted initially have been able to learn and grow to overcome their bias, something Dávila can relate to in her personal life.

“I have three daughters and one son. One of my daughters is a gay woman and when she came out to me it was shocking at first,” said Dávila. “My daughter helped me grow and overcome my bias, creating an amazing teaching moment for tolerance and understanding.” 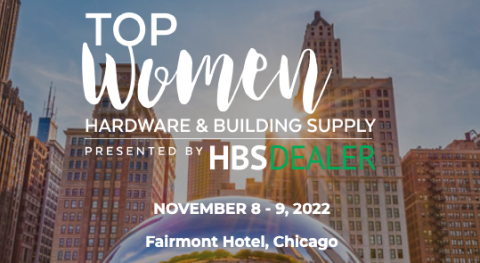 Click on the image to learn about Top Women in Hardware & Building Supply.

Dávila is working to help others overcome their bias through example, said Henkel, while also supporting future “Jefas” which means “female leaders” in Spanish, to empower themselves to be anything they want to be. She is seeing progress in female representation in STEM and inspiring more.

Dávila shared her advice for the next generation of women, “A closed door can be opened if you push hard enough. And there are people who will help you! Don’t think that because you are a woman, or a Latina or the first in your family to attend college that your dreams are out of reach. Everyone deserves an equal chance to succeed.”

Henkel North America is located in Rocky Hill, Connecticut. The firm employs more than 8,000 employees in approximately 60 sites across the U.S. and Canada. Henkel was founded in 1876 in Aachen, Germany. Henkel brands include Loctite, Dial soap, and more.