Profits jump at Do it Best Corp.

Profits jump at Do it Best Corp.

Dan Starr, CEO of Do it Best Corp.

With a fiscal calendar that ends in late June, Fort Wayne, Ind.-based Do it Best Corp. has had a wild 12 months culminating in pandemic-challenged society. And the results are impressive – record profits.

“In a year that threw unprecedented challenges at Do it Best and its member-owners, we worked together to satisfy the needs of the communities they serve,” said President and CEO Dan Starr. “In doing so, we posted record profits for the co-op. Those profits are then distributed to our members to use to reinvest in their businesses.”

The co-op announced record net profitability and record rebates for its member-owners. With total sales for the year at $3.6 billion, net profit was up 12.6% over the prior year and rebate reached $128.4 million.

“On behalf of the Board of Directors, I’m grateful to our members for their loyalty to the co-op and to the Do it Best team for working tirelessly to position the co-op and its members for continued success,” added Board Chair Brad McDaniel, owner of McDaniel’s Do it Center in Washington.

Spurred by sustained demand for paint and paint supplies, lawn and garden, housewares, outdoor living, hardware, and plumbing, sales through warehouse were up 11%. Direct sales closed up 4% and lumber, despite volatile market conditions and price deflation, ended consistent with the prior year. 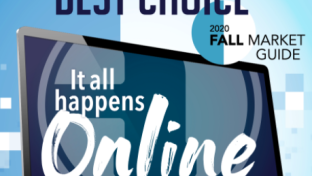 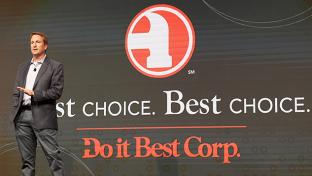 Do it Best
Highlights from Starr's speech