The Townsend team in Dothan.

With a cool list of core company values and an embrace of technology that exceeds its rivals, Townsend Building Supply of Dothan, Ala., has been selected by its peers as the 2020 Independent ProDealer of the Year.

The story starts with the values:

• Do the next right thing
• Hustle
• Solve problems
• Don’t be a jerk
• Build relationships.

“It starts at the top, and everyone here knows our core values,” said VP of Operations Steve Riggs. “And everyone here can recite them — and that’s rare. We can make a decision without everyone getting into a committee meeting.”

There have been some big decisions made at Townsend Building Supply since the company that began life as a Florida sawmill in the 1920s. Big 21st century milestones include the 2009 acquisition of Hendricks Building Supply in Troy and Ozark, Ala. The years 2011-12 brought the addition of two Dothan, Ala businesses — and Andersen Window and Door Showroom and Chapman Building Systems.

With the move to Dothan, brothers Michael and Turner Townsend, president and VP of development, respectively, and grandsons of the founder, laid down a vision for growth.

“We both realized that we needed to look at what we wanted to do with this business,” Michael told HBSDealer. “You’re either moving forward or going backward. You really can’t stand still. That’s when the mission shifted to growth and to become the dominant force and preferred vendor of choice in our region.”

With construction knowledge in its DNA, and with the general population’s skilled labor pool shrinking, the company is following a path toward turn-key building solutions for its builder consumers.

We’ve still got our foot on the gas pedal.
Turner Townsend, VP of business development

“We firmly believe that labor is going to be the name of the game going forward,’ said Turner Townsend, who is heading up installed sales and turnkey businesses. “Whether it’s dealers or builders, whoever is able to control labor is going to have a whole lot more control over their success and their ability to grow than those who don’t. And so, we need to be part of that solution, because our builders are going to struggle with trades.”

The company counts a wide range of builders and contractors on its customer rolls. The typical customer builds about 15-20 houses per year.

“It’s a one stop shop,” says Rob Eaton, director of purchasing and business analytics, describing the company’s sustainable advantage in the Wiregrass region of Alabama. “Truss shop, windows, everything. They come to us and say, ‘Here’s my problem, this is what I need.’ And from there, we have 120 people who are involved in helping them get their job done.”

Most dealers of Townsend’s size don’t have a “business analytics director” on their staff — and that’s another differentiator for the company, which leans heavily on BisTrack software for construction suppliers.

“We’re always looking to do find advantages and to figure out how we can use our systems to the fullest advantage  more,” said Turner Townsend. “It’s something we did that makes us more efficient, better at what we do."

The Dothan Yard sits on 14 acres, and includes the truss plant, where laser beams guide the arrangement of components on a giant table. Truss manager Sean O’Neal proudly showed off the new MiTek blade saw, that’s coordinated with the software programs used by the designers. But the real reputation for quality springs from the employees, he said. “It’s the people here, They hustle,” O’Neal said, echoing the company’s value statement. “They want to learn, and that makes all the difference.”

"It’s been amazing to watch the Townsends transform their business into a regional powerhouse. They are a wonderful example of how to envision a future, create a plan, and then execute it to success. They have managed the inherent challenges of family business with grace and grown the company while still maintaining the values that their father established in the company. The Townsends definitely prove the adage of ‘nice guys finish last’ wrong."

In many places portable basketball goals in the warehouse are evidence of lunch-break two-on-two. But at Townsend they’re leftovers from the annual “Forklift Rodeo.” The event (postponed during the pandemic this year) showcases driver skills, such as forklift finger rolls into the hoops, as it promotes overall driver safety.

The company is moving ahead on a variety of fronts — maintaining strong ties to three nearby military bases, responding to hurricane damaged homes in several markets, and expanding and renovating its location in Panama City, Fla.

While the company laid the groundwork for growth with a plan years ago, it has shown that it aggressively seeks out new opportunities. “We’ve continued to update and work with our plan,” said Michael Townsend. “It’s morphed and changed over the years. We’ve been successful sometimes faster than we thought, sometimes slower than we wanted. But, so far it’s worked out.”

Added: Turner: “We’ve still got our foot on the gas pedal." 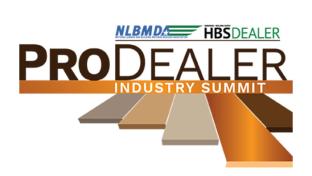 'Recruitment and Retention' is a focus point at ProDealer Industry Summit

Dealer experts to focus on maximizing morale and building business.