A possible solution to the treated-lumber concerns of lumberyards, home builders, remodelers and homeowners has arisen in California.

The disposal of pressure treated lumber waste became an issue in the state last month after Gov. Gavin Newsom vetoed 2020’s Assembly Bill 68. The move resulted in mandating that treated wood waste must be disposed of at Class I Hazardous Waste Landfills. But the move and resulting burden took the industry by surprise.

Beginning on Feb. 16, 2021, California’s Department of Toxic Substances Control (DTSC) is allowing "interested parties" to apply for a variance from certain provisions of law relating to the management of treated wood waste.

The variances that the DTSC plans to issue will reimpose conditions similar to the streamlined management requirements that existed previously. Applicants will be able to apply for one of six classifications of variances.

Homeowners that hire a contractor to work on their home, including fences and decking for example, will not require a treated wood waste (TWW) variance provided that the contractor transports the TWW for disposal.

Members of the industry, including pro dealers, have pointed out that the use of pressure treated lumber is as popular as ever in California for decking, fences, mudsills, retaining walls, and other uses where lumber is required to come in contact with the ground. The product is less costly than redwood and holds up better against the elements.

"WWPI appreciates the efforts of the DTSC to come up with a new program so quickly," says Dallin Brooks, executive director of the Western Wood Preservers Institute (WWPI). "Preserved wood is the first board installed on every home and protects the rest of the wood framing. Other wood structures exposed to the elements like decks and fencing are built with preserved wood because it ensures safety and sustainability."

According to Brooks, the frequent use of treated lumber in residential construction and remodeling demonstrates that using the product around homes is safe and will remain a viable option going forward.

For starters, Venezia told HBSDealer that the application process and the questions it asks of applicants are far too complicated and could present another hurdle.

“It’s like taking a written test where you haven’t been given the study material,” he says. “I only want to do this once and do it correctly so we can get on with business.”

The good news for the industry is that more effort is underway to help streamline the process for applicants, according to the WWPI.

"The Western Wood Preservers Institute supports the temporary variance process and is working with DTSC and others to simplify the process and ensure compliance," Brooks said. "We encourage all business to evaluate their operations and the different variances and apply for the appropriate one."

The cost of the variances has yet to be set, however, which could pose another challenge for the industry. The DTSC said it plans to post the cost of each variance type on Feb. 16.

TWW variance categories related to the LBM and construction industry include:

Small quantity generator, self-transporter: For applicants who generate up to 10,000 lbs of treated wood per calendar year. This variance allows the holder to accumulate and transport their own TWW in a manner consistent with the previously approved alternative management standards. DTSC expects this type of variance to apply to small businesses that generate limited quantities of TWW.

Large quantity generator, self-transporter: For applicants who anticipate generating more than 10,000 lbs of treated wood per calendar year. This variance will authorize the holder to accumulate and transport their own TWW in a manner consistent with the previously approved alternative management standards. To apply for this type of variance, applicants must have a state or Federal Environmental Protection Agency (EPA) ID number. The DTSC said that it expects this type of variance to apply to large businesses and others that generated significant quantities of TWW.

Additional variance information can be found at the California DTSC. 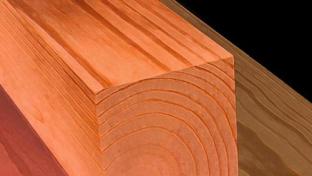 Dealers, home builders and remodelers face a complicated hurdle when it comes to disposing of pressure-treated waste.