It was the best year for starts since 2007, and as 2020 turned the corner, things were looking up. Total housing starts in January came in at a rip-roaring seasonally adjusted annual rate of 1.617 million.

Then came the pandemic. And those high hopes for big numbers slowed to an April pace of 934,000, and a May pace of 974,000. That was the first two-month period since early 2015 for back-to-back reports of less than a million total starts.

A late January survey of HBSDealer readers revealed a plurality (30%) of respondents predicted 1.3 million to 1.4 million starts in 2020.

In the late June survey, it seems expectations have been lowered. A plurality (again 30%) predicted total starts of 1.0 million to 1.1 million.

Readers aren't the only group to revise their forecast downward.

The National Association of Home Builders' early-year forecast of 1.3 million has been downgraded to 1.079 million as of June 6. 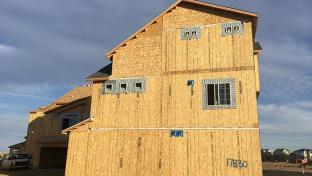