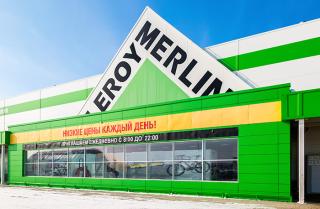 A stock photo of a Leroy Merlin home center in Russia.

As business-focused editors often have few insights and less expertise concerning the geo-political events unfolding tragically in Ukraine, there is a reluctance to approach the topic in print.

But here’s a situation where the Russian invasion of Ukraine intersects directly with a home improvement giant: French-based Leroy Merlin is being petitioned by its Ukrainian employees to stop doing business in Russia, where Leroy Merlin operates 112 stores.

The topic is particularly emotionally charged by the bombing of a Ukrainian store in which a security guard was killed, according to a report in the New York Times.

While many companies and brands are pulling out of Russia, protesting the invasion, Leroy Merlin plans to remain. The New York Times quoted Philippe Zimmerman, chief of Leroy Merlin’s parent company, Adeo Group:

“The war in Ukraine is dramatic,  unbearable for both Ukrainians and Leroy Merlin in Ukraine. It affects us all …. There is no reason to condemn our Russian teams for a war they did not choose. There is no reason to turn away 45,000 employees representing more than 100,000 people with their families. There is no reason to stop being useful to Russians who need to repair, insulate, insure, protect and light their homes. We sell them essentials. It is our responsibility as employers and companies.”

Against that background, here’s this week’s poll question.