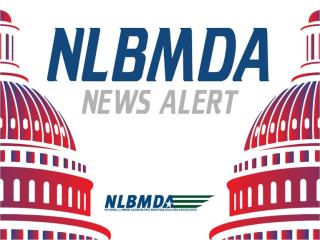 The National Lumber and Building Material Dealers Association has provided an update on the Affordable Housing Credit Improvement Act.

Last week, a bipartisan group of legislators in the House and Senate reintroduced the act (S. 1136/H.R. 2573) which would strengthen the Low-Income Housing Tax Credit (LIHTC) to increase investment in affordable housing, build tens of thousands of new affordable units across the country and better serve hard-to-reach communities.

The Affordable Housing Credit Improvement Act was first introduced several years ago and certain provisions, such as the permanent minimum 4% LIHTC rate, were included in the COVID relief law signed last December. The legislation this year seeks to build off those reforms by including provisions from previous bills as well as new provisions to make the LIHTC even more effective.

Grassroots action from NLBMDA members was instrumental in building bipartisan support for the LIHTC improvements when it was signed into law by President Trump last year.

To build on this momentum, the NLBMDA is encouraging members ato reach out to their legislators and request that they cosponsor and vote for the updated version of the bill in the 117th Congress.

Members can easily contact their elected officials by utilizing the Grassroots Action Center.

According to industry estimates, this legislation will result in the production of over 2 million additional affordable homes over the next 10 years, support the creation of nearly 3 million jobs and generate more than $346 billion in wages and business income. Specifically, the bill would do the following:

A copy of the bill text can be found here.

The NLBMDA said that it is tracking the progress of the Affordable Housing Credit Improvement Act in Congress and will update members on the latest developments.