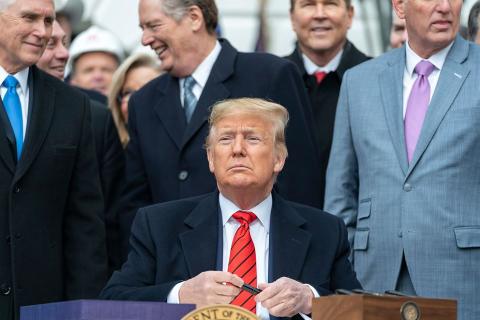 According to a statement issued by the White House, the bipartisan groups of American leaders will work together with the White House “to chart the path forward toward a future of unparalleled American prosperity.”

Tractor Supply CEO Hal Lawton and Deere & Company CEO John May have also been named to the groups.

Some of the other prominent executives that have been appointed include Amazon founder Jeff Bezos, Apple CEO Tim Cook, NBA Commissioner Adam Silver, and NFL Commissioner Roger Goodell.

Here is a complete list of the executive appointments to the Great American Economic Revival Groups.

“The health and wealth of America is the primary goal, and these groups will produce a more independent, self-sufficient, and resilient Nation,” the White House said.