Dubbed as “Manufactory 4.0,” the state-of-the-art facility located at One Constitution Plaza will serve as the epicenter of the company’s Industry 4.0 “smart factory” initiative.

A facility will host a team of about 50 Industry 4.0 experts. Stanley Black & Decker said the team’s focus will be, “accelerating the company's adoption of advanced manufacturing technologies and building upskilling programs to help prepare the company's workforce for the digital-led manufacturing environment.”

Manufactory 4.0 will also serve as the home of the company's STANLEY+Techstars additive manufacturing accelerator program, which is designed to bring advanced manufacturing startups to Hartford. Robots select parts at Manufactory 4.0 in Hartford.
"We are living in an era where the impact of technology has begun to exceed the ability of society to absorb the pace of change, and to succeed, companies and individuals need to be able to expand their capacity to absorb rapid change and adapt faster than ever before," said Stanley Black & Decker President and CEO Jim Loree. "Our new Manufactory 4.0 center will serve as the heartbeat of our company's Industry 4.0 efforts, helping our manufacturing operations rapidly adopt leading-edge technologies and ensuring our global workforce is prepared for this new world through upskilling and re-skilling efforts."

Loree also said that the company is proud to have built the facility in Connecticut where Frederick Stanley opened his first “Bolt Manufactory” more than 175 years ago,"

"Through collaboration with local partners, the Manufactory 4.0 center can help build on the state's manufacturing legacy and establish it as a leading hub for the Fourth Industrial Revolution. We chose Hartford because we see the potential for revitalization in this city and state," Loree explained.

The company has three locations designated as "Lighthouse Factories" that have partially implemented Industry 4.0 across their facilities from manufacturing execution systems (MES), to 3-D printing, virtual reality and artificial intelligence. With the support of the Manufactory 4.0 initiatives, the company said it plans to update an additional 25 facilities to "Lighthouse Factories" by the end of the year.

Stanley first announced this piece of its smart factory initiative in December 2017 along with the appointment of Sudhi Bangalore, vice president of Industry 4.0 at Stanley Black & Decker.

"The opening of our world-class Manufactory 4.0 facility is an important part of our commitment to becoming a global leader in advanced manufacturing – both in terms of enabling our own company's Industry 4.0 evolution and enabling innovation across the industry," Bangalore said. "From this center of excellence, we'll be able to more rapidly test and deploy technologies at our many manufacturing facilities and deeply engage with a wide range of public and private partners." 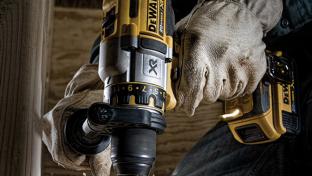 News
Stanley is opening a facility in South Carolina