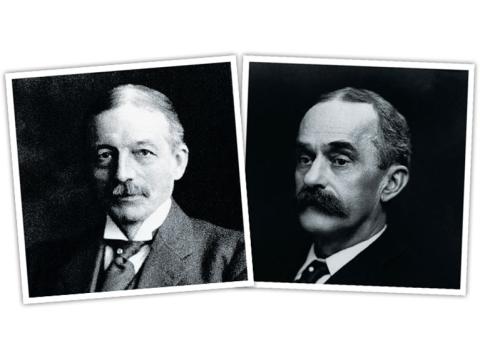 It's 2016, and that means something special for Sherwin-Williams. The legacy of the paint company has officially thrived for 150 years, and the organization is feeling reflective on its century-and-a-half birthday.

Sherwin-Williams took off in 1866 when founder Henry Sherwin invented the first pre-mix paint in Cleveland, backed by a quality guarantee and a resealable can.

"These innovations revolutionized the way paint could be purchased, used, and more importantly, reused over time," said the company in a statement.

Using $2,000 in life savings, Sherwin bought a partnership in Truman Dunham, a distributor of pigments and painting supplies. Sherwin-Williams & Company didn't officially take hold until 1870, when Sherwin partnered with Edward Williams and A. T. Osborn.

To celebrate its 150th anniversary, the company is running with the motto of its founder, who, on the occasion of its Golden Jubilee in 1916, said, "what is worth doing is worth doing well."

"That thinking made Sherwin-Williams one of the most respected companies in the world – and that commitment continues to drive us forward," said Connor. "This is a wonderful way to look back and reflect on what has made us great, while appreciating how our core values continue to drive our business forward."