The National Retail Federation today welcomed the signing of a “phase one” trade agreement between the United States and China but said work remains to be done to end the trade war between the two countries.

“NRF strongly supports the administration’s efforts to address China’s unfair trading practices but we hope this is the first step toward eliminating all of the tariffs imposed over the past two years,” NRF President and CEO Matthew Shay said. “The trade war won’t be over until all of these tariffs are gone. We are glad to see the phase one deal signed, and resolution of phase two can’t come soon enough.”

Shay was on hand as President Trump and Chinese Vice Premier Liu He signed the agreement at the White House today. As part of the deal, the United States will cut in half 15 percent tariffs imposed on a wide range of consumer goods imposed in September and canceled another round that was set to take effect in December, but others remain in effect.

While agreeing with the need to address unfair trading practices, NRF has led the retail industry’s fight against tariffs and is a key member of the Americans for Free Trade coalition.

Trump said more trade deals were in the works that affect Canada and Mexico. “We’ll talk about that next week,” he said during the China-trade announcement. 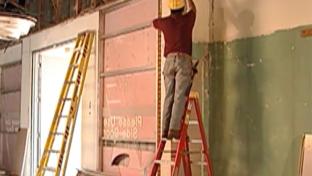